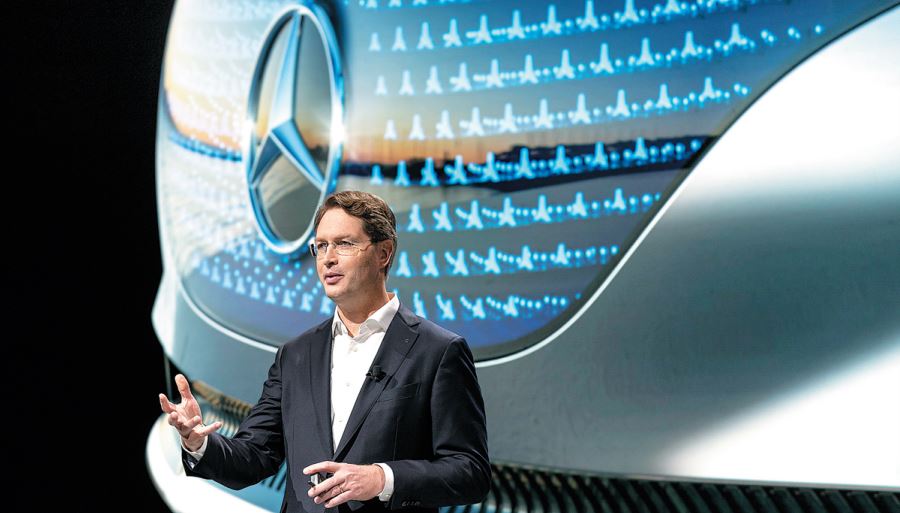 Top executives of Mercedes-Benz and BMW said they are confident in their long-term development in China, the world's largest vehicle market, and would like to scale up their presence in the country.

Ola Kaellenius, chairman and CEO of Mercedes-Benz, said China plays a crucial role in the company's global strategy. This year alone, it is introducing 21 models into the Chinese market.

He made the remarks at the 2022 World Intelligent Connected Vehicles Conference that concluded last week.

Mercedes-Benz, one of the most popular premium marques in China, has been producing vehicles in China for decades.

Its four millionth China-made vehicle, an electric sedan, rolled off the assembly line in June.

"As a close partner and friend, we are determined to continue to grow in China, with China," said Kaellenius.

He said the company supports China's efforts to remove equity caps for international carmakers in the automotive industry.

The restrictive clause has been removed in all sectors of the automotive industry.

"We believe the implementation of this policy will create more success stories and will also help us to contribute to the further growth of the Chinese economy," he said.

Kaellenius said he hopes more progress can be made when it comes to fair market access and a level playing field for international businesses.

"Both will not only attract more investment and innovation but are essential to fostering further high-quality growth of China's economy and society," he said.

Another German premium carmaker, BMW, has expressed its conviction in the prospects of the Chinese car market as well.

"We at the BMW Group strongly believe in the long-term perspective of the Chinese market and will continue to invest and to cooperate with local industry players," said Oliver Zipse, chairman of BMW Group, at the same event.

Since 2010, its joint venture BMW Brilliance has invested around 83 billion yuan ($11.99 billion) in Shenyang, Liaoning province, which is home to its largest production network globally.

BMW also has its second largest R&D network in China. "We are significantly ramping up our digital team and partnering with Chinese tech companies. Collaboration and integration into the Chinese digital ecosystem is key," said Zipse.

Both executives said they see opportunities to improve Sino-German diplomatic relations, which were established in 1972.

"This year marks the 50th anniversary of the establishment of Sino-German diplomatic relations. Going forward, we see tremendous potential in continuing to build strong ties and push cooperation between both countries," said Zipse.

Kaellenius said China and Germany have become important trading partners, adding that the automotive industry has been a major power in the development of economic cooperation.

"At Mercedes-Benz, we will continue to strengthen Sino-German cooperation for a brighter shared future," he said.