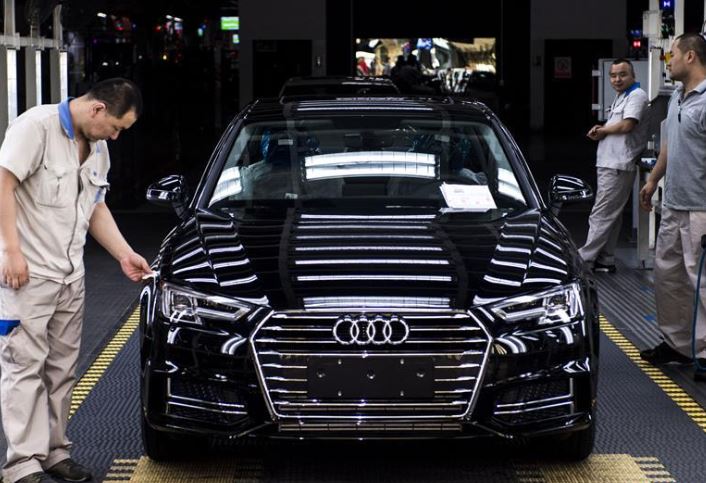 BERLIN, Sept. 3 (Xinhua) -- Volkswagen subsidiary Audi has missed several deadlines and even failed to "submit all necessary paperwork" for most of the affected diesel cars, the German business newspaper and broadcaster Bayerische Rundfunk reported on Tuesday.

Citing from a government response to a parliamentary inquire by Germany's Green Party, Handelsblatt and Bayerische Rundfunk reported that Audi was considerably behind schedule in removing software manipulations of Euro 6 and Euro 5 diesel vehicles.

According to the reports, Audi failed to provide application documents for many of Audi's car models and necessary software updates could not be approved by the German Federal Motor Transport Authority (KBA).

Audi's A8 luxury sedan with a 4.2-liter Euro 6 engine is also affected. The KBA had ordered a recalled of the car about two years ago, after the Environmental Action Germany (DUH) had found the highest nitrogen oxide values it ever measured for a Euro 6 vehicle.

German carmakers, above all Audi, were "still being caught up by diesel fraud", Ferdinand Dudenhoeffer, founder of the German Center for Automotive Research (CAR) told Xinhua.

At the end of 2017, the KBA had ordered Audi to remove all software that lowered emissions in test environments while exhaust emissions on the streets were clearly exceeded.

The deadlines by the KBA for a software update by February 2018, however, have now expired about one and a half years ago.

According to KBA, the number of vehicles affected by recalls had already shown a significant increase since 2014. In 2018, an operating ban for around 146,000 vehicles was registered at local registration authorities in Germany.