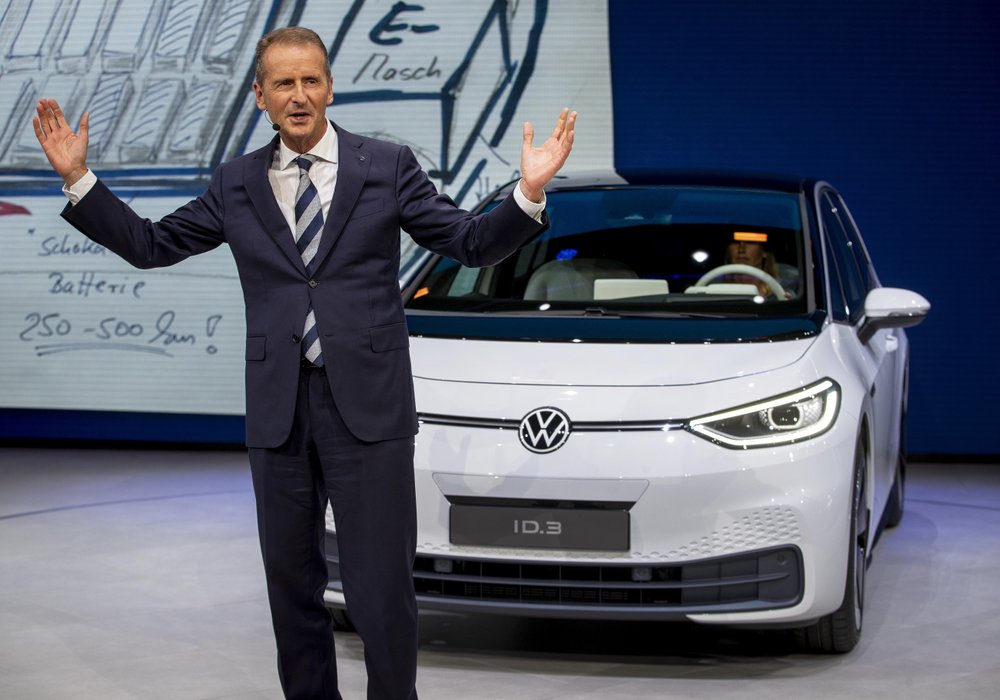 Volkswagen has invested 1.2 billion euros (about 1.3 billion US dollars) to modernize the plant to produce more than 100,000 electric vehicles (EV) next year.

With a production of 330,000 electric vehicles per year starting in 2021, the plant would become "the largest and most efficient EV factory in Europe," Volkswagen stated.

Volkswagen chief executive officer (CEO) Herbert Diess said in Zwickau that the ID.3 was set to make "clean individual mobility accessible to millions of people and is a milestone for our company on the road to becoming climate-neutral by 2050."

In order to guarantee a carbon-neutral production of the EV, Volkswagen decided to only use energy from renewables for the production of the batteries and compensate "unavoidable" emissions through investing in forest protection project in Indonesia.

German Chancellor Angela Merkel, who gave a speech at the opening ceremony of the plant in Zwickau, said her government would be willing to invest in electrified mobility and the needed infrastructure.

Merkel emphasized the importance of creating incentives for consumers to buy all-electric vehicles such as the ID.3, saying it was a process the government would be involved in.

Ferdinand Dudenhoeffer, the founder and director of the Center for Automotive Research at the university Duisburg Essen, said the goal of the government to implement one million charging points by 2030 would not be credible.

He said Merkel had already promised one million EV's on Germany's streets by 2020, but this year only 20,000 EV's were registered in the country.

Dudenhoeffer called on the government to provide "reliable framework conditions" instead of temporary subsidies.

He also criticized the plans of taxing carbon emission with 10 euros per ton CO2 by 2021 for not being ambitious enough.

"We urgently need the e-car to counter climate change. Industry is on board, politics promises a lot but there is no faith in the promises being kept," Dudenhoeffer told Xinhua. (one euro currently equals to 1.11 US dollars)