BUSINESS German carmakers to be hit hard by new US import tariffs: newspaper

German carmakers to be hit hard by new US import tariffs: newspaper 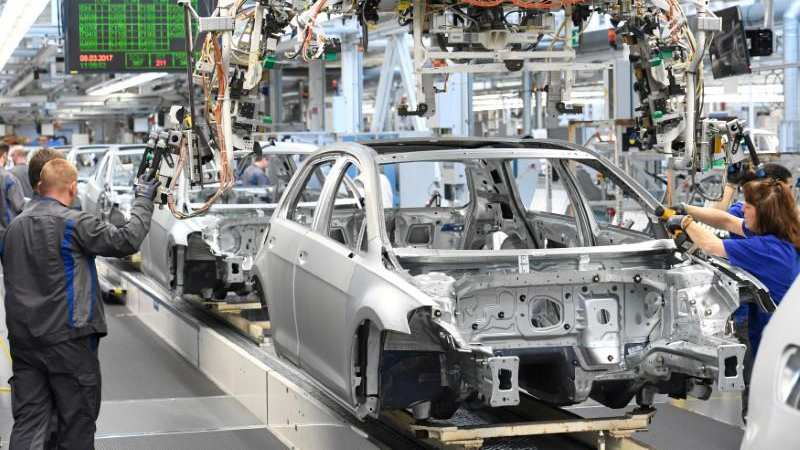 Handelsblatt cited an official response by the German ministry for the economy which the Free Democratic Party (FDP) had received to a parliamentary inquiry into the matter. According to the document, an increase in US tariffs on automotive imports from currently 2.5 percent on average to 25 percent would decrease Germany' Gross Domestic Product (GDP) by up to 0.2 percent, or between 5 and 7 billion euros.

Ministerial secretary of state Claudia Doerr-Voss noted that the country was thus likely to be worst affected among the sample of four countries, including Canada, Japan, and Mexico, considered in the study. Nevertheless, the federal government did not expect a material impact on Germany's record low unemployment from a further escalation in Trump's "America First" policies.

Speaking to Handelsblatt on Monday, FDP deputy parliamentary faction leader Michael Theurer warned that such optimism could yet prove misplaced. "The ministry for the economy is talking down the problem, certainly also for diplomatic reasons. The actual impact is likely to be even greater than depicted (in the official response)," Theurer argued.

The FDP politician said that the deterioration in transatlantic relations was already too serious for the prospect of additional US protectionism to be slighted by Berlin. "The chancellor must make this subject her personal priority right now and ensure that the trade conflict between the United States and the European Union (EU) does not escalate further," Theurer told Handelsblatt.

Trump recently told Bloomberg that an EU offer to phase out all tariffs on automotive products exchanged between the two major economic blocs was "not good enough."

The comments have since sparked fears of a renewed tensions between Washington and Brussels over trade after a short-lived respite. For European Commission President Jean-Claude Juncker the provocative comments drew the outcome of the latest EU-US negotiations on trade into doubt.

"We, me and Trump, have reached a sort of ceasefire," Juncker told the public broadcaster ZDF. He cautioned that the EU would retaliate against any moves by Washington to impose new punitive levies on the bloc's automotive exports.

During the meeting in question, the Commission president secured a pledge from the United States to exempt the EU from further punitive tariffs on automotive imports. Instead, the EU and the United States would focus on launching negotiations for a program of mutual industrial tariff reduction and reforms of the surveillance- and enforcement mechanisms of the WTO.

Prior to Trump's latest media outburst, German policymakers had expressed confidence that discussions towards that end were advancing well. Most economic experts anticipate that Germany's automotive industry would benefit more from a zero-tariff-regime than its US counterpart given the greater international appeal of the country's powerful car brands.

Even if the EU and the United States still reached the kind of industrial deal initially demanded by Trump, however, the Federation of German Industries (BDI) has warned that growing signs of a potential unraveling of the North American Free Trade Agreement (NAFTA) posed risks to domestic carmakers as well which rely on globe-spanning value-chains. Having won Mexico's approval for a renegotiation of NAFTA, the US president said that he would not shy away from kicking Canada out of the free trade zone, as well as side-lining the US Congress to pass corresponding legislation as desired by his administration.

Additionally, the White House has threatened to go as far to leave the Geneva-based WTO which the United States itself was instrumental in creating.