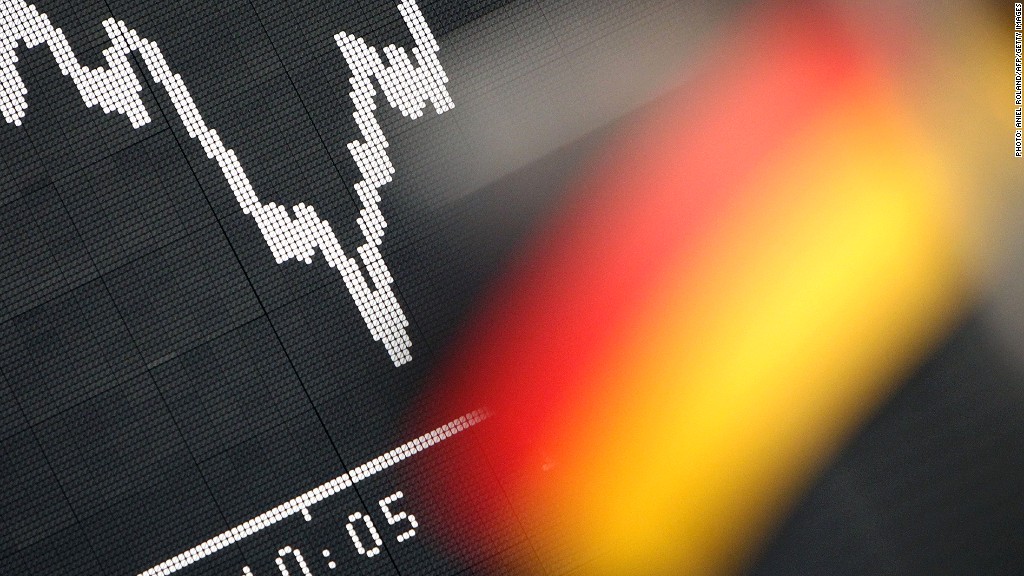 BERLIN, March 6 (Xinhua) -- With an increasing number of coronavirus cases confirmed in Germany, the epidemic is starting to take its toll on the German economy.

The German DAX index of the country's 30 largest listed companies reflected this downward trend and showed the similarities with the global financial crisis in 2008 and the 2011 Black Monday.

On Friday, the German DAX index continued falling and has so far decreased by more than 13 percent within the last two weeks after reaching an all-time high in mid-February.

According to the Robert Koch Institute (RKI), a federal government agency and research institute responsible for disease control and prevention, the number of laboratory-confirmed cases of COVID-19 has risen to 534 by Friday.

Within the last three days, the number of infections in Germany has more than doubled. "We are dealing with a virus that has already spread to most parts of the world and is likely not to disappear," RKI Vice President Lars Schaade said at a recent press conference.

Many listed companies such as Germany's biggest airline Lufthansa are directly affected by the epidemic. On Thursday, Lufthansa announced the decision to cancel about 7,100 flights in Europe in March alone as a result of the decline in demand due to the outbreak.

This week, the organizers of Hannover Messe 2020, Germany's important industrial trade fair, decided to postpone the fair to July. Over the last two weeks, the world's leading tourism trade show ITB in Berlin, the International Craft Fair Munich and the Leipzig Book Fair as well as a number of smaller trade fairs in Germany have also been postponed or cancelled.

The German industry, which had already shown first signs of weakness in the face of the virus, was now "threatened by the longest recession since reunification," the Federation of German Industries (BDI) warned.

Industrial production in Germany has already fallen for the sixth consecutive quarter, most recently in the fourth quarter of 2019 by 5.7 percent year-on-year.

The industry association BDI stressed that there was a direct connection between the economy's downward trend and the spread of the virus.

"The coronavirus and its worldwide distribution currently have the greatest negative impact on the economic development in Germany," showing how "vulnerable" the export-oriented German economy is, the BDI pointed out.

In order to address the medical emergency in Germany, Finance Minister Olaf Scholz is ready to provide financial support. "If the situation required such an impulse, we also have the means to launch an economic recovery plan," he said.

In case of "serious distortions in the global economy" which could affect markets and production facilities around the world, Scholz stressed that Germany had "all the strength to react quickly, decisively and strongly."

To counteract an impending recession, the German Economic Institute (IW) asked the government to intervene with "non-bureaucratic measures" which would, on the one hand, contain the coronavirus and, on the other hand, ensure the "survival of companies."

Aside from stabilizing the German health system and containing the epidemic, which are of the highest priority, the IW proposed to keep German companies solvent by granting credits, to stabilize financial markets, to lower taxes as well as to keep employment high through short-time working.

Germany's Health Minister Jens Spahn warned that "the peak of the coronavirus spread has not yet been reached," stressing that the German health system would be well-prepared for the fight against the epidemic.

"The safety of the population comes first in case of doubt. Even before economic interests," Spahn emphasized.

On Friday, Spahn met with the health ministers of the European Union for the second time within two weeks to discuss potential measures against the coronavirus. Although Germany is hit by a wave of new infections, Spahn said that he would still "not consider any measure that leads to the restriction of international travel."

In view of the rising number of infected people, Germany's Institute for Economic Research (DIW) stressed that the spread of the disease would increase insecurity among people and companies alike. Supply chains were already at risk and "major problems would be inevitable."

"Germany, in particular, will pay a high price for spreading the virus to Europe, because the economy in this country is much more dependent on trade than most other European countries," the DIW said, adding that if the virus continued to spread in Germany, consumer confidence and consequently demand would fall as well.

"I expect that growth in Germany will weaken noticeably in the first quarter and that a catch-up effect, once the virus can be brought under control, will only partially compensate for the economic damage," said DIW President Marcel Fratzscher on Friday.