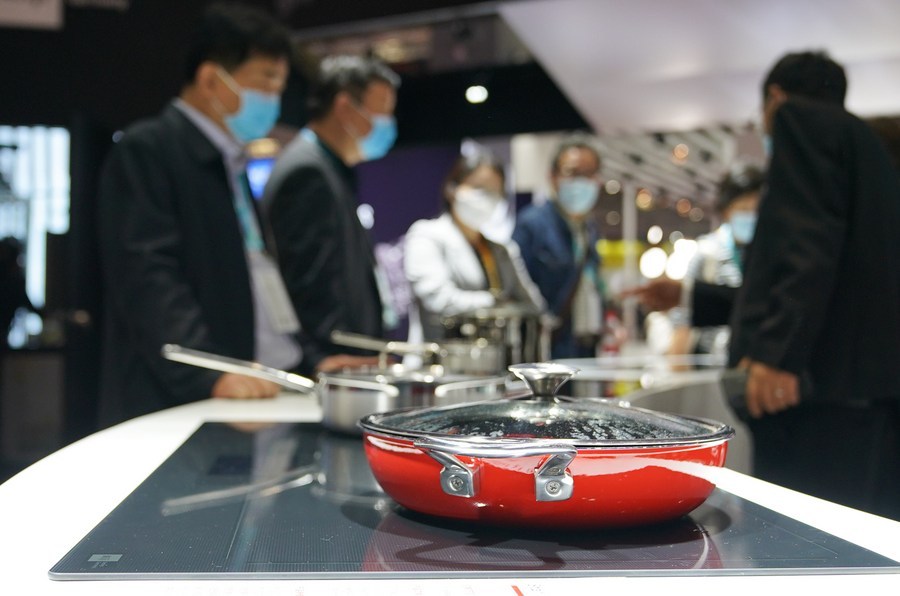 Visitors gather at the booth of Miji from Germany at the Consumer Goods exhibition area during the third China International Import Expo (CIIE) in Shanghai, east China, Nov. 6, 2020. (Photo: Xinhua)

Germany's exports to China rose by 16 percent year-on-year to 9.5 billion euros (11.2 billion U.S. dollars) in June, according to provisional data published by the Federal Statistical Office (Destatis) on Monday.

With goods imported worth 10.9 billion euros, China remained Germany's biggest import country in June, up 11.1 percent year-on-year, according to Destatis.

"Growth in foreign trade is primarily generated by demand in the United States, China and, not least, the EU," said Anton Boerner, president of the Federation of German Wholesale, Foreign Trade and Services (BGA), on Monday.

German imports and exports both recovered losses during the COVID-19 crisis and rose 10.0 percent and 1.1 percent respectively compared to February 2020, before Germany entered its first lockdown.