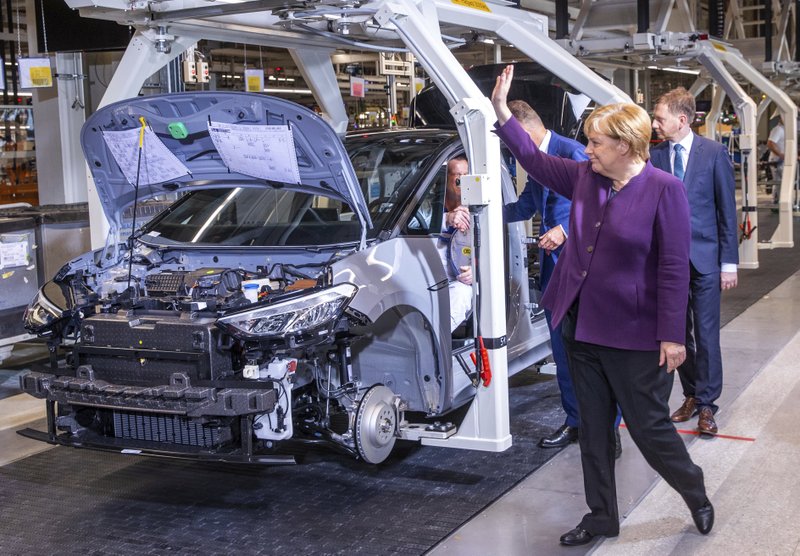 The German government is supercharging subsidies for electric cars on the day the country’s biggest automaker began production of a new all-electric vehicle.

Chancellor Angela Merkel’s office said officials and industry representatives agreed late Monday to increase by half the existing government incentives for electric vehicles with a list price of 40,000 euros ($44,500).

German news agency dpa reported that half of the subsidy, in future amounting to 6,000 euros, will be borne by industry.

The announcement came as German automaker Volkswagen began mass production of its ID.3 electric car in the eastern town of Zwickau.