Germany's biggest industrial union and employers on Tuesday reached a deal that will give workers a one-time “corona bonus” and envisions an extra annual payment starting next year. 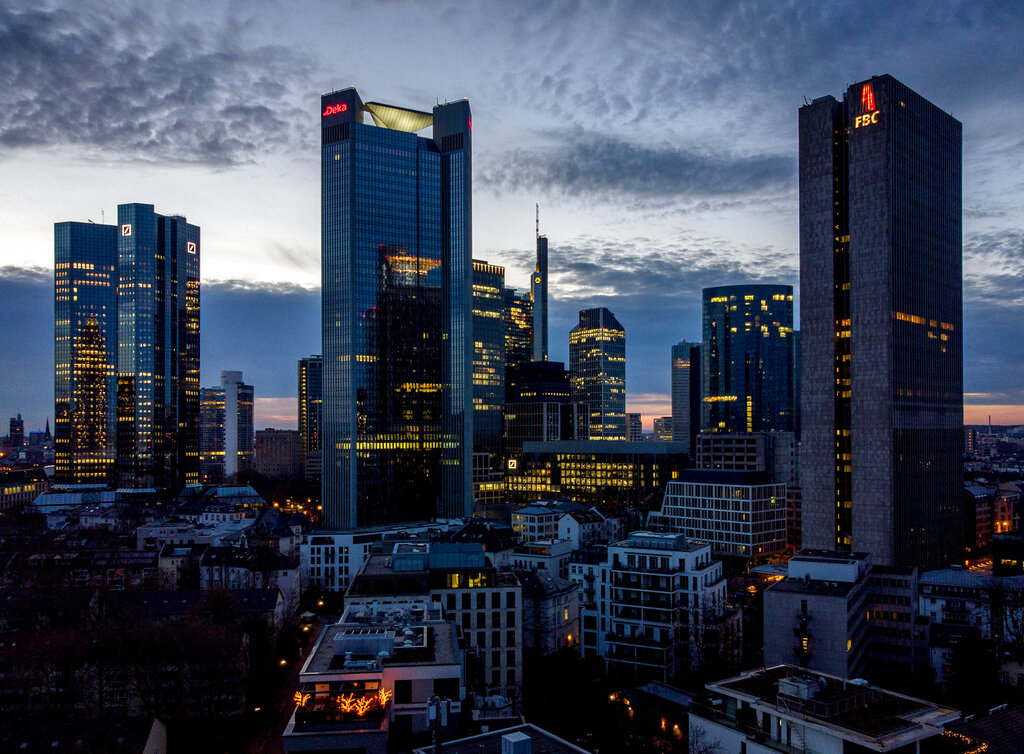 Lights burn in some offices of the buildings of the banking district in Frankfurt, Germany, Monday, March 29, 2021. (Photo: AP)

The deal between employers and the IG Metall union was reached in North Rhine-Westphalia state, Germany's most populous. But it's typical for such agreements to be applied across the whole country and to several million workers in the auto and machinery industries, among others.

The agreement features a 500-euro ($589) “corona bonus” for each employee to be paid out in June, with apprentices getting a 300-euro payment.

Workers will then get what IG Metall said amounts to a 2.3% pay rise, which technically takes effect in July but won't be paid out until next February — when workers will receive it as a so-called “transformation bonus” amounting to 18.4% of their monthly salary. That bonus will remain an annual fixture, rising to 27.6% of the monthly salary in 2023, the union said.

In times of crisis, companies will be able to substitute free time for the “transformation bonus” in order to save jobs — allowing them to cut working time without cutting wages. A four-day week would be a possibility in that situation.

The carefully calibrated compromise is backdated to Jan. 1 and runs through the end of September 2022. At that point, the union can negotiate on future pay increases.

Last year, Germany’s gross domestic product shrank by 4.9%. That ended a decade of growth and was the biggest decline since the financial crisis in 2009.

However, Germany’s economy — Europe's biggest — did better than several others in the 19-country eurozone as it was supported by manufacturing, which has taken less of a hit than services during the pandemic.

Authorities haven't imposed any shutdowns on industry during the crisis.