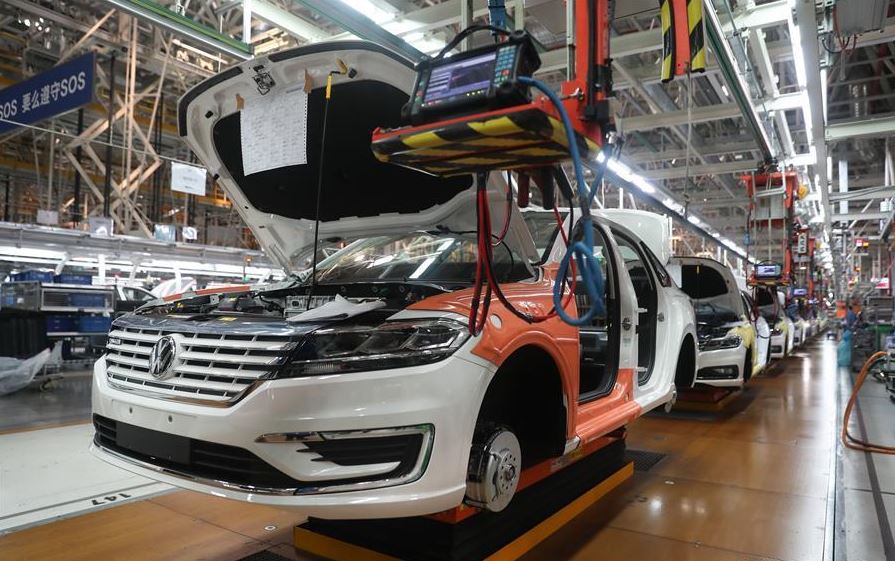 BERLIN, Nov. 12 (Xinhua) -- Two former executive board members, one former manager and one current manager of German car maker Volkswagen's core brand VW were charged with breach of trust, the public prosecutor's office in the German city of Brunswick announced on Tuesday.

The prosecutor office accused the four VW executives of granting "excessive salaries and bonuses" to numerous works council members of VW between 2011 and 2016.

In total, the excessive salaries would have caused damages to Volkswagen amounting to a total of around 5.1 million euros (5.6 million U.S. dollars), of which 3.1 million euros alone would be attributable to the "unjustified remuneration of the chairman of the works council", according to the public prosecutor.

According to a statement by Volkswagen received by Xinhua on Tuesday, the German car maker adhered to its legal view that "no misconduct relevant to criminal law can be identified in connection with the determination of the remuneration of individual works council members."

The lawsuit for breach of trust against the four VW executives is by no means the most prominent case of proceedings by the public prosecutor's office in Brunswick against high-ranking employees of the German car maker.

Back in April 2019, the Brunswick prosecutor filed a lawsuit against five top executives of Volkswagen over a "particularly serious case of fraud" regarding the scandal surrounding illegally manipulated exhaust emissions of diesel-powered cars.

Among the defendants in this case was Martin Winterkorn, former chief executive officer (CEO) of Volkswagen, who resigned at the German car manufacturer in 2015.

The Volkswagen managers had "deliberately" informed the capital market "too late about substantial payment obligations from the discovery of the diesel scandal," the public prosecutor stated two months ago.