German shares gain 1.25 pct at start of trading on Monday 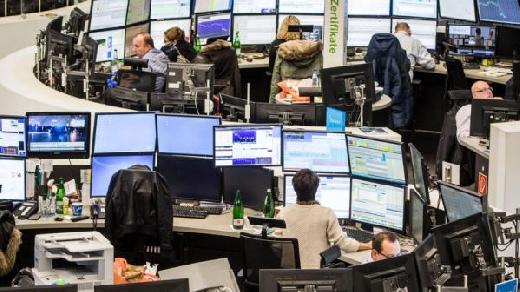 The biggest winner among Germany's 30 largest listed companies at the start of trading was building materials company HeidelbergCement, increasing by 2.45 percent, followed by automotive supplier Continental with 2.27 percent and chipmaker Infineon with 2.20 percent.

Shares of Deutsche Bank grew by 0.29 percent. The German financial institute was the least increasing company at the start of trading.

The average number of employees in Germany in 2020 decreased by 1.1 percent compared to the previous year to around 44.8 million, putting an end to steady growth observed over the last 14 years, the country's Federal Statistical Office said on Monday.

Meanwhile, the yield on German 10-year bonds went down 0.034 percentage points to minus 0.609 percent and the euro was trading almost unchanged at 1.2233 U.S. dollars, decreasing by 0.02 percent on Monday morning.