The biggest winner among Germany's 30 largest listed companies at the start of trading was telecommunications company Deutsche Telekom, increasing by 0.70 percent, followed by automotive supplier Continental with 0.40 percent and car manufacturer Volkswagen with 0.39 percent.

On Wednesday, German utility E.ON announced that adjusted EBIT in the first half of the year declined by around 100 million compared with the previous year to 2.2 billion euros (2.58 billion U.S. dollars). At the same time, adjusted net income decreased from 1.05 billion euros to 933 million euros.

Shares of MTU Aero Engines fell by 2.09 percent. The German aircraft engine manufacturer was the biggest loser at the start of trading on Wednesday, followed by financial service provider Wirecard with minus 1.93 percent.

The yield on German ten-year bonds went up 0.019 percentage points to minus 0.454 percent, and the euro was trading almost unchanged at 1.1745 U.S. dollars, increasing slightly by 0.02 percent on Wednesday morning. 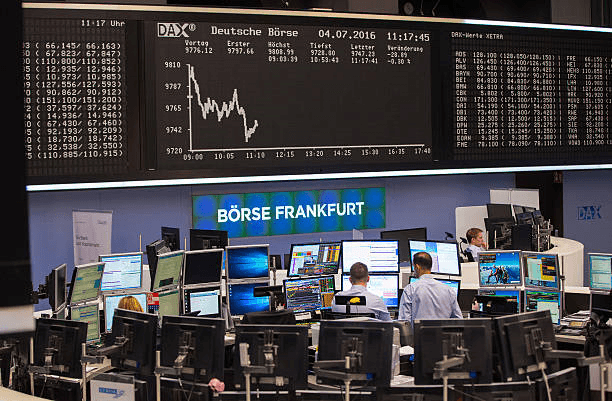