BERLIN, Nov. 4 (Xinhua) -- Two thirds of startups in Germany expected their business to improve during the next six months, a survey by the German association of startups and auditing and consulting firm PwC published on Monday showed. 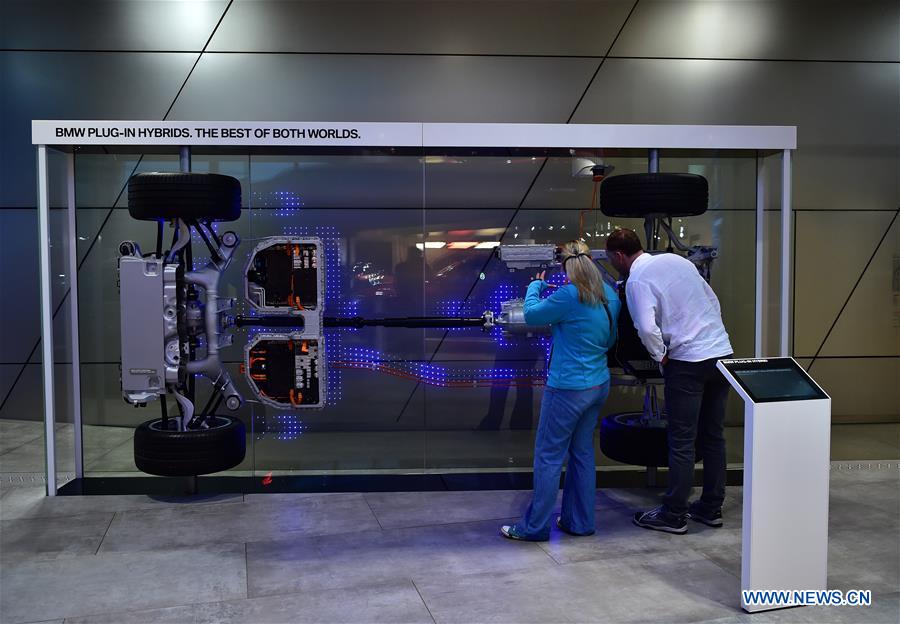 People visit BMW World, a multifunction event venue, in Munich, Germany, May 25, 2019. Located in the northern foothills of the Alps in southern Germany, Munich is the capital of the state of Bavaria. It is one of Germany's major economic, cultural, scientific, technological and transportation centers and one of Europe's most prosperous cities. (File photo: Xinhua)

"While concerns about an economic crisis are increasing in many industries, startups continue to see good market opportunities," commented Franziska Teubert, managing director of the association.

Nearly two thirds of the around 2,000 German startup companies surveyed expected sales of at least 500,000 euros (557,700 U.S. dollars) next year. For the current business year, only 44 percent expected to generate such sales.

One key to success, Teubert noted, was that startups in Germany "consistently focused on future issues such as digitization and sustainability."

According to the survey, almost two thirds of German startups already had digital business models which focused on key technologies such as artificial intelligence, virtual reality or blockchain.

German startups were not only driving economic growth but also digitization and "thus shaping technological and social progress," said Tobias Kollmann of the University of Duisburg-Essen, author of the study.

Sustainability was also becoming an increasingly important concept during the founding process of German startups. Thirty-seven percent of those surveyed assigned their products or services to the "green economy".

The focus on green products and services was also reflected in the political voting behavior of German entrepreneurs and founders. Around 44 percent of founders in Germany voted for the Green party, almost 20 percent more than a year earlier.

On the capital front, however, 38 percent of startups surveyed described raising capital as a "big hurdle", up from 32 percent last year.

The study found that there was a "big gap" between the kind of financing that startups desired and what was used in reality. Eighty-one percent of those surveyed relied on their own savings for financing, but only 40 percent preferred this option.

The study concluded that the important growth accelerators - venture capital and business angels - were still far too often missing in Germany. However, a "well-functioning and branched network" would be a decisive factor for this.

For 56 percent of the startups surveyed, access to venture capitalists took place via personal contacts, but 39 percent still found it difficult to gain access to relevant people on the capital market.