Germany’s Huawei stance can be example for EU countries: analysts 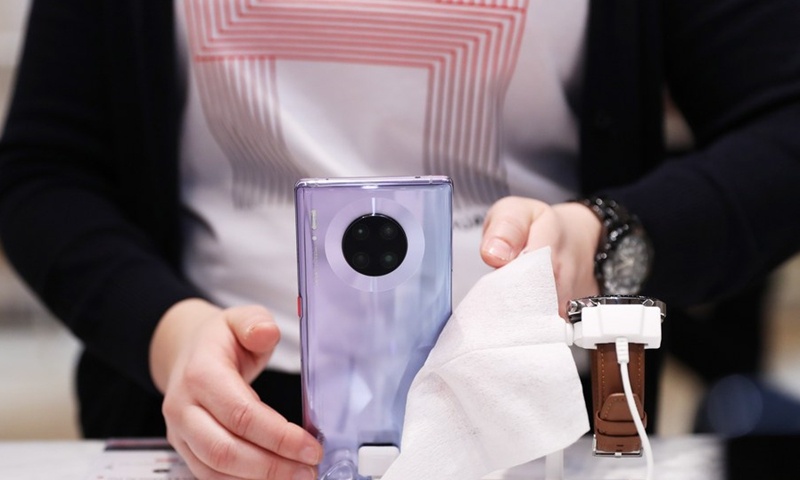 A worker prepares for the opening of Huawei's flagship store in Paris, France, March 5, 2020. (Xinhua/Gao Jing)

German Chancellor Angela Merkel's reported rejection of a full Huawei ban can serve as a demonstration for other EU countries in dealing with the Chinese tech giant, and it can also consolidate ties between China and Germany and pave the way for deeper cooperation, Chinese analysts said.

The remarks come as Merkel resisted a full ban on Huawei under the US' continuous pressure, as negotiators finalized the rules for keeping Germany's 5G networks secure, Bloomberg reported on Wednesday.

"Merkel has refused to compromise on her core position that Germany mustn't single out Huawei with a targeted ban," said the report, citing people familiar with the matter.

"The decision demonstrates that the German government values the current positive situation with China, and it does not want to disrupt it because of Huawei. This is symbolic politically, given the tense China-US relationship, and it can help Germany to quickly and cost-effectively achieve its 5G build-out," Ma Jihua, a veteran industry analyst and a close Huawei follower, told the Global Times on Thursday.

"Working with Huawei is in the strategic interest of Germany," Ma said.

"German's attitude toward the Chinese giant means a lot, and will be a 'guiding position,' given that it's now holding the rotating presidency of the EU," said Ma, indicating more countries may follow.

Moreover, President of the European Council Charles Michel is trying to forge a consistent approach to cybersecurity across the bloc, according to draft summit conclusions seen by Bloomberg.

Analysts said Germany's Huawei decision comes as the Chinese company has proven that it cannot be killed by the US crackdown, and its 5G business will not be affected even if the US plays its '"final card" against Huawei. It has been cut off from major chip suppliers under a US ban that took effect on September 15

A Huawei executive on Wednesday said that Huawei has enough chips on hand for its enterprise-oriented businesses, including base stations.

"The landlord's family still has surplus food," and some US manufacturers are also applying for licenses from the US government, Guo Ping, Huawei's rotating chairman, said in response to questions about what it plans to do when chipsets run out.

More importantly, Germany can withstand the US' pressure, just like Huawei can survive under the US' ban, Ma said.