Germany urges European unity in face of trade tensions with US 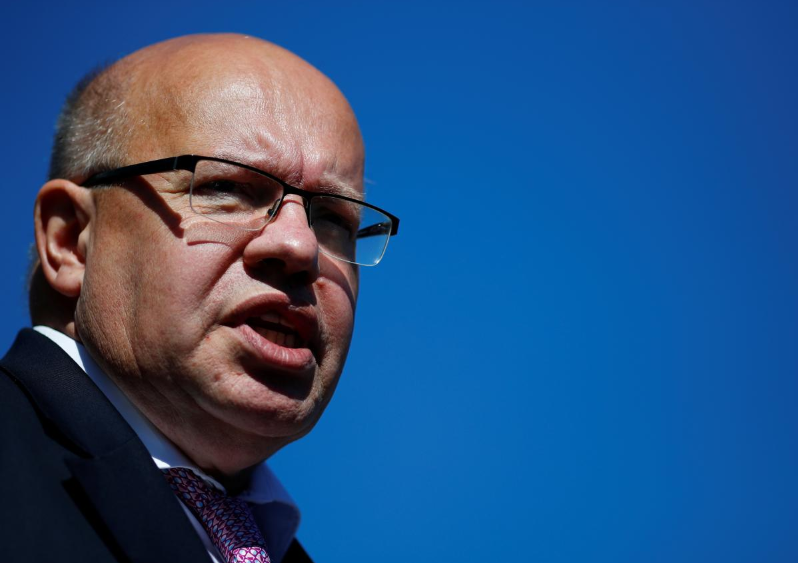 German Economy Minister Peter Altmaier called on Friday for Europe to remain unified in the face of rising trade tensions with the United States, saying it was unclear how a summit of the Group of Seven rich nations would end.

“We have a serious situation, not just since last night or this morning, but rather the entire last few weeks,” Altmaier told broadcaster ZDF.

He underlined the importance of European unity on free trade and economic interests, especially since domestic debate was continuing in the United States about punitive sanctions imposed by President Donald Trump on G7 allies like Canada, Japan and the European Union.

Leaders of G7 nations meeting in Canada from Friday are more divided than at any time in the group’s 42-year history, with Trump’s “America First” policies at risk of causing a global trade war and deep diplomatic schisms.

Trump has already imposed hefty tariffs on steel and aluminum imports and threatened to do the same for cars. His decisions to withdraw from the 2015 nuclear deal with Iran and a global climate change accord have also fueled tensions.

Altmaier said the EU had long resisted imposing tariffs of its own but had shown it would do so if left with no other choice.

European leaders remained committed to continuing the dialogue with the United States if both sides were willing to make concessions, he said, although there was no sign of that at the moment.

A business leader also expressed concern. Joe Kaeser, chief executive of the engineering group Siemens, warned against deepening the transatlantic trade dispute. “Escalation was never a good answer. That’s why we must try to find areas of agreement,” he said in Munich.

Germany’s BDI industry association said US protective measures could hit exports from Europe’s largest economy and so reduce German growth by up to 0.25 percentage points, adding that if the situation escalated, a lot more would be at stake.

German Foreign Minister Heiko Maas said the United States remained Germany’s closest partner outside Europe. However, there were significant differences that could not be ignored, and Europe needed new partnerships, he told the Sueddeutsche Zeitung.

He took aim at Trump’s actions on the Iran deal, trade and climate change, saying the president was willfully ignoring the negative consequences that his decisions would have on Europe and focusing solely on US interests.

“None of that will make the world better, safer or more peaceful,” he told the newspaper. “We were used to relying on what had been agreed. That has fundamentally changed.”

Maas called for creation of a European security council, an idea backed by Chancellor Angela Merkel, and said ending the current requirement for unanimous decisions on foreign policy and security issues would make the EU more agile.

Maas also called for Europe to forge alliances with other regions, including countries in Africa, Latin America and Asia.