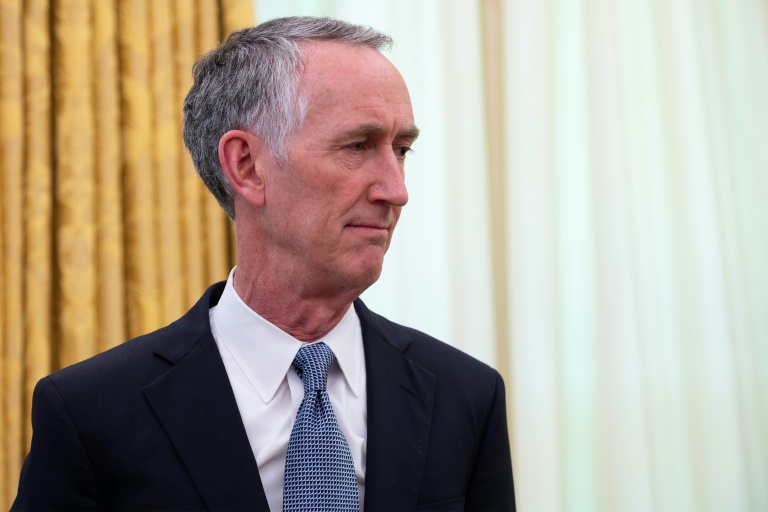 The head of the maker of remdesivir, an anti-viral shown to reduce recovery times in COVID-19 patients, said Sunday the company has been exporting the drug and is making it available to patients in the United States through the US government.

"We have been exporting for clinical trials and for compassionate use thousands of treatment courses," O'Day said on CBS's "Face the Nation."

"And our collaboration with the government has been such, we have been very transparent with them here in the United States and we have a good relationship on future allocation."

US regulators on Friday authorized the experimental drug for emergency use against COVID-19 after a major clinical trial showed it shortened the time to recovery in some coronavirus patients by a third.

It is the first medicine to show beneficial results in treating COVID-19 since the new coronavirus emerged in China late last year.

O'Day said the US government will determine how the drug is allocated in the United States based on where it is needed most.

"They will begin shipping tens of thousands of treatment courses out early this week and adjust that as the epidemic shifts and evolves in different parts and different cities here in the United States," he said.

O'Day said there will be a significantly greater supply of remdesivir in the second half of the year.

In the meantime, the company has not been barred from exporting the drug, he said.

"In terms of the allocation question, I think we're aligned with the US government to both serve the patients here in the United States, and then to be able to also make sure as a global company based in the United States that we can serve other countries," he said.

"We've had very good dialogues with the government and that's going well."

Remdesivir, which is administered by injection, was already available to some patients who enrolled in clinical trials, or who sought it out on a "compassionate use" basis.

The authorization by the federal Food and Drug Administration allows it to be distributed far more widely and used in both adults and children who are hospitalized with a severe form of COVID-19.

The FDA defines severe as having low blood oxygen levels, requiring oxygen therapy, or being on a ventilator.