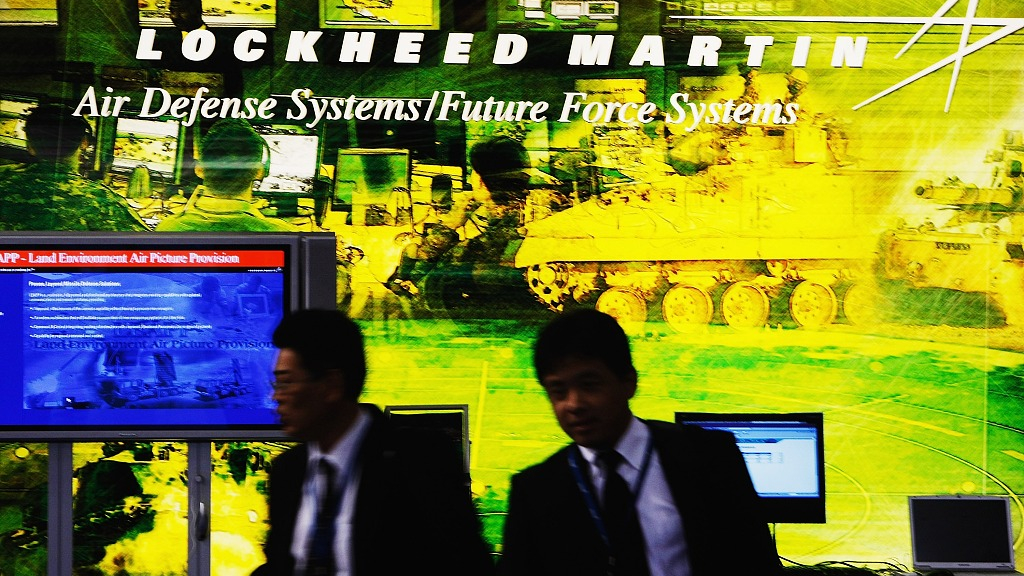 The new data from SIPRI's Arms Industry Database showed that sales of arms and military services by the top 100 firms went up by 47 percent since 2002, the year from which comparable data is first available.

The latest study did not include China due to "insufficient data" but SIPRI's research estimated that at least seven Chinese companies would make it to the top 100 including three in the top 10 rankings of arms manufacturers.

The US firms, meanwhile, dominated the SIPRI Top 100 list accounting for 59 percent of the global market, or a turnover of 246 billion US dollars, up 7.2 percent from the previous year.

"For the first time since 2002, the top five spots in the ranking are held exclusively by arms companies based in the United States: Lockheed Martin, Boeing, Northrop Grumman, Raytheon, and General Dynamics. These five companies alone accounted for 148 billion US dollars and 35 percent of total Top 100 arms sales in 2018," the report noted.

A key development in the US arms industry in 2018 was the growing trend in consolidations among some of the largest arms producers. For example, two of the top five, Northrop Grumman and General Dynamics, made multibillion-dollar acquisitions in 2018.

The report cited US President Donald Trump's push for modernization of military services as the Pentagon strengthened its position against Russia and China as the reason behind the robust performance of the US arms manufacturers.

"US companies are preparing for the new arms modernization program that was announced in 2017 by President Trump," reasoned Aude Fleurant, Director of SIPRI's Arms and Military Expenditure Program. "Large US companies are merging to be able to produce the new generation of weapon systems and therefore be in a better position to win contracts from the US Government," she added.

The SIPRI report also revealed that 80 of the world's 100 top arms producers were based in the US, Russia and Europe. Of the remaining 20, six were based in Japan, three each in Israel, India and South Korea, respectively, two in Turkey and one each in Australia, Canada, and Singapore.

Russia ranked second with 8.6 percent of the market share in global arms production, just ahead of the UK on 8.4 percent and France on 5.5 percent.

Russia's largest arms producer, Almaz-Antey, was the country's only company ranked in the top 10 (at 9th position) and accounted for 27 percent of the total arms sales of Russian companies in the Top 100. Almaz-Antey's arms sales rose by 18 percent in 2018, to 9.6 billion US dollars.

"This increase was due not only to strong domestic demand, but also to continued growth in sales to other countries, particularly of the S-400 air defense system," explained Alexandra Kuimova, a researcher for SIPRI's Arms and Military Expenditure Program.

Meanwhile, the combined arms sales of French companies were the second-highest in Europe, at 23.2 billion US dollars. "The overall growth in arms sales of the six French companies in the SIPRI Top 100 was mainly the result of a 30 percent increase in sales by combat aircraft producer Dassault Aviation," noted Diego Lopes da Silva, Researcher for SIPRI's Arms and Military Expenditure Program.