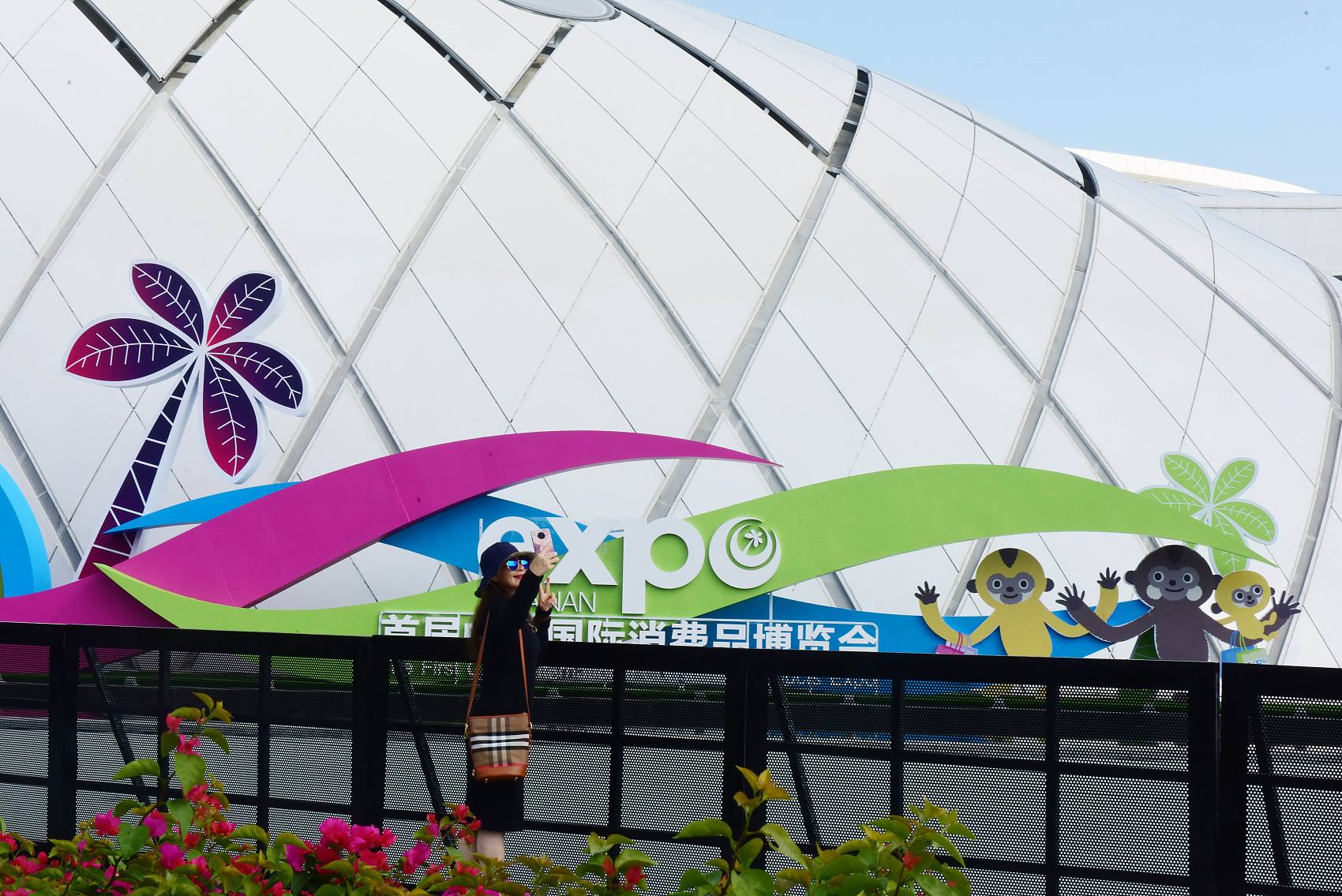 HAIKOU, May 7 (Xinhua) -- As the COVID-19 pandemic continues to rage and the world economy drags on, the first China International Consumer Products Expo (CICPE) marks a major step by China to further open its market and bolster the global economy.

The four-day event opened on Thursday in the southern island province of Hainan. It is the first-ever expo focusing on quality consumer goods held by China at the national level.

Japanese cosmetics company Shiseido was the first cosmetics company to sign up for the expo. It also participated in the China International Import Expo (CIIE) held in Shanghai in 2019 and 2020, attracted by the world's most promising consumer market.

Shiseido China CEO Kentaro Fujiwara said the CICPE has created a global platform for international investors to display and trade consumer products. He said it has injected new impetus into global consumption growth, showing China's consistent efforts to share its market opportunities with the rest of the world.

"We are very optimistic about the favorable investment environment in China and confident in the prospects of the Chinese market. We will introduce more new brands, products and technologies into China," he said.

Shiseido is one of the 648 foreign enterprises showcasing over 1,300 brands to consumers at the expo. Covering 80,000 square meters, including 60,000 square meters of international exhibition space, it is expected to be the largest exhibition in the Asia-Pacific region.

"Foreign enterprises and brands account for the majority of the exhibitors, which once again proves China's firm determination to promote higher-level opening-up," said Wang Bingnan, China's vice minister of commerce. "It also demonstrates that foreign enterprises are optimistic about the Chinese market and full of confidence in China's economic development."

Switzerland, as the event's guest country of honor, has an exhibition area of approximately 1,100 square meters for 40 well-known luxury goods and high-end consumer goods enterprises.

The expo marks another big step forward in the construction of the Hainan free trade port (FTP) and the acceleration of China's integration into the global economic system, said Swiss Ambassador to China Bernardino Regazzoni.

China in 2018 proposed the establishment of a free trade zone in Hainan and began construction of the Hainan FTP last year. On April 8, China released a guideline in support of easing market access in the Hainan FTP. That was one among many efforts to build the province into a globally influential, high-level free trade port by the middle of the century.

"The expo is an ideal platform for global high-end brands to enter both Hainan and the whole Chinese market," said Sung Hae Lee, chief representative of the Korea SMEs and Startups Agency, which organized the attendance of 50 small and medium-sized firms in the fields of cosmetics, daily necessities and food and healthcare products at the expo.

"We hope the Hainan FTP will become an important gateway for China's opening-up and play a key role in promoting the innovation-driven, high-quality development," said Wang, China's vice minister of commerce.

According to data released by the Ministry of Commerce, the total value of China's imported consumer goods reached nearly 1.6 trillion yuan (about 244.3 billion U.S. dollars) in 2020, accounting for 11 percent of total imports. In the first quarter of this year, China's imports of consumer goods increased by 18.1 percent year on year.

"The potential of the Chinese consumer market will encourage global brands to enhance innovation and increase investment in China, injecting great vitality into the recovery of the global consumer market and economic development," said Yann Bozec, president of Tapestry Asia Pacific, which is also participating in the expo with its latest products.