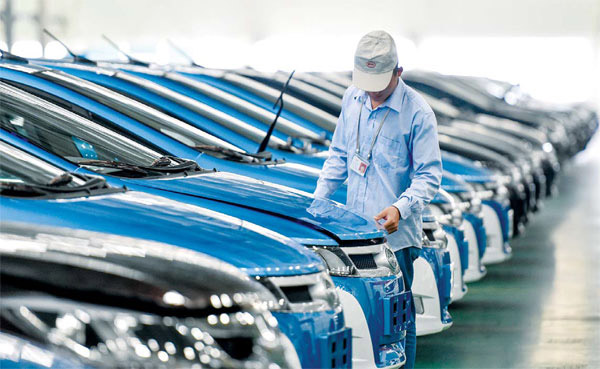 The global demand for e-vehicles has grown to 2.1 million in 2018, a study published by the German Center of Automotive Management (CAM) on Thursday showed.

For the current year 2019, CAM predicts a "moderate upturn in demand for electric vehicles", increasing by around 40 percent to 2.7 million units. According to CAM, the global market share of e-vehicles is set to further increase from 2.4 to around 3.1 percent.

"Electromobility is already gaining momentum in many countries. The dynamics are driven above all by financial incentives or regulatory framework conditions and attractive model offers of some manufacturers," said study author and CAM director Stefan Bratzel.

In 2018, China has been the biggest growth driver in electric mobility, according to the study. Sales of e-vehicles in China, including commercial vehicles, increased by 62 percent to a record of 1.255 million.

The passenger car sector in China even grew by 82 percent to 1.05 million vehicles, increasing the market share of electric vehicles from 2.7 to 4.5 percent.

In the United states, the second biggest market after China, total sales of e-vehicles in 2018 increased by 86 percent to 361,000.

In Norway, Europe's biggest single market for electric vehicles, new registrations went up by 18 percent to 73,000 units. With 49.1 percent in 2018, almost every second car in Norway is powered electrically, "maintaining its exceptional position in the market share of e-vehicles", the study noted.

In Germany, the number of new registrations only increased moderately to around 68,000 electric cars, an increase of 24 percent. The market share increased from 1.6 percent to 2.0 percent.

In the other European countries, the United Kingdom grew by 24 percent to 60,000 electric vehicles, while France recorded a total of 46,000 new passenger cars.

By 2025, Bratzel expects growth of "around 25 percent or 23 million newly registered electric cars" in an optimistic scenario and "around 12 percent or around 11 million electric vehicles" in a conservative forecast.