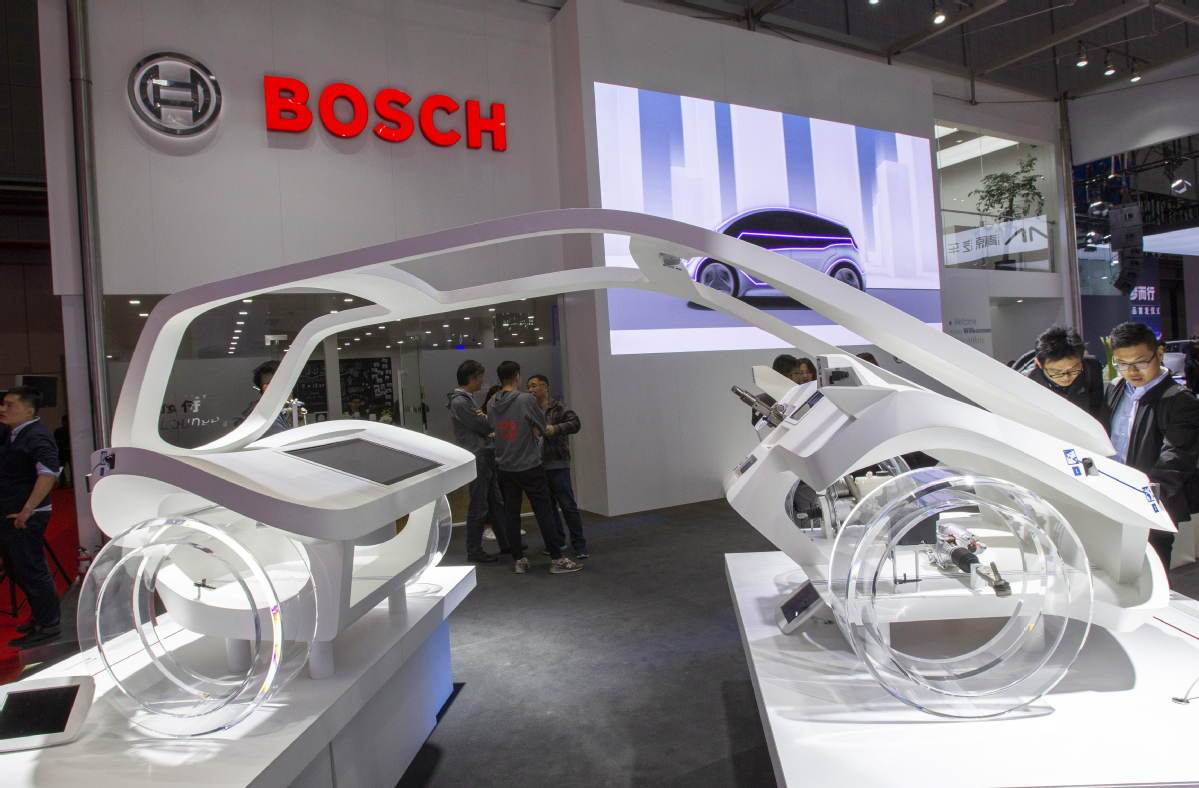 When German industrial giant Bosch decided to establish its China headquarters in western Shanghai's Hongqiao Central Business District 11 years ago, the land where its buildings now stand was in the middle of farmland.

"Opposite our site were vegetable patches, farmers' bungalows, a table tennis court and a deserted warehouse," said Chen Yudong, the president and CEO of Bosch China.

"But we had much faith in this area," he said. "For one thing, adjacent infrastructure was under construction.

"But more important, it will be one of the two development engines of Shanghai. While Lingang Special Area, which is in the city's east, will feature high-end manufacturing, Hongqiao will become an important research and development hub that radiates throughout the entire Yangtze River Delta region," Chen said.

Therefore, Bosch invested nearly 1 billion yuan ($144 million) to build the current 70,000-square-meter regional headquarters. The complex, officially put into use in 2011, is Bosch's largest in the Asia-Pacific region.

Bosch China is a typical example of foreign businesses that have tapped into the great potential of the integrated regional development of the Yangtze River Delta, a plan that was elevated into a national strategy in late 2018.

Over time, Bosch China has seen its headcount reach 60,000, making it the largest Bosch workforce outside Germany. By the end of last year, Bosch China operated 59 legal entities, and its sales revenue topped 112.6 billion yuan, making China the largest international market among the Bosch Group for four consecutive years.

While Shanghai serves as the regional headquarters, the majority of Bosch's China operations are located in the Yangtze River Delta region. Production bases and technology centers have been established in neighboring cities including Suzhou, Jiangsu province; Hefei, Anhui province; and Hangzhou, Zhejiang province.

Bosch China considers its decision to set up headquarters in the Hongqiao CBD as crucial to its fast development over the past decade.

With its headquarters there, the company "sets its head in Shanghai and lays the muscle in the rest of the Yangtze River Delta region", Chen said.

On Dec 1, the country mapped out an outline for the next phase of the region's integrated development, which is set to create a strong and active economic growth nucleus and a gateway for further opening up the economy.

Under the new plan, substantial progress will be made in boosting the integrated development of the delta region by 2025, including fostering a number of world-class industrial clusters and becoming a key national innovation hub. The aim is to make the area the most influential and dynamic growth pole of the economy by 2035.

The 358,000-square-km expanse, about the same size as Germany, encompasses Jiangsu, Zhejiang and Anhui provinces and Shanghai municipality. It contributes about one-fourth of the country's GDP and one-third of foreign trade and investment.

As one of China's most economically active, open and innovative regions, the Yangtze River Delta boasts strategic significance in the country's modernization and further opening-up, which makes its regional integration crucial for leading the country's high-quality development and for developing a modernized economy, said Wu Xiaohua, vice-president of the Academy of Macroeconomic Research of the National Development and Reform Commission.

"With the plan, the Yangtze River Delta city cluster will see significant improvement in scale and quality," Wu said. "With a key focus on pursuing opening-up on all fronts, it will also provide new impetus to globalization."

However, compared with leading world-class city clusters, the region still lags behind in such fields as public services, living conditions and rural and urban management.

Wang Zhen, vice-president of the Shanghai Academy of Social Sciences, said, "The plan will help all regions involved to work closely together and open the door wider to gain an edge in the allocation of global resources and scientific innovation."

Under the plan, China's economic hub of Shanghai will assume a greater role. The master plan highlighted an accelerated building of the new section of the Shanghai pilot free trade zone and an upgrading of the Hongqiao CBD as a international open hub.

While Lingang is expected to use the world's most competitive regions as a benchmark for the establishment of fair trade, the Hongqiao CBD is set to become an important engine to drive high-quality development of the regional economy, said Sun Yuanxin, a professor at Shanghai University of Finance and Economics and the deputy dean of its Institute for Free Trade Zone Research.

Businesses such as Bosch China have high expectations for the delta region's further integration.

Chen, the Bosch China CEO, said the company expects a deepened connection between its Shanghai headquarters and its facilities in the delta region as the construction of the Hongqiao CBD, which is part of the integration plan, continues.

"As the development of the cities in this area will be further coordinated, it is our hope that there will be free flow of people, which will benefit companies," said Chen.