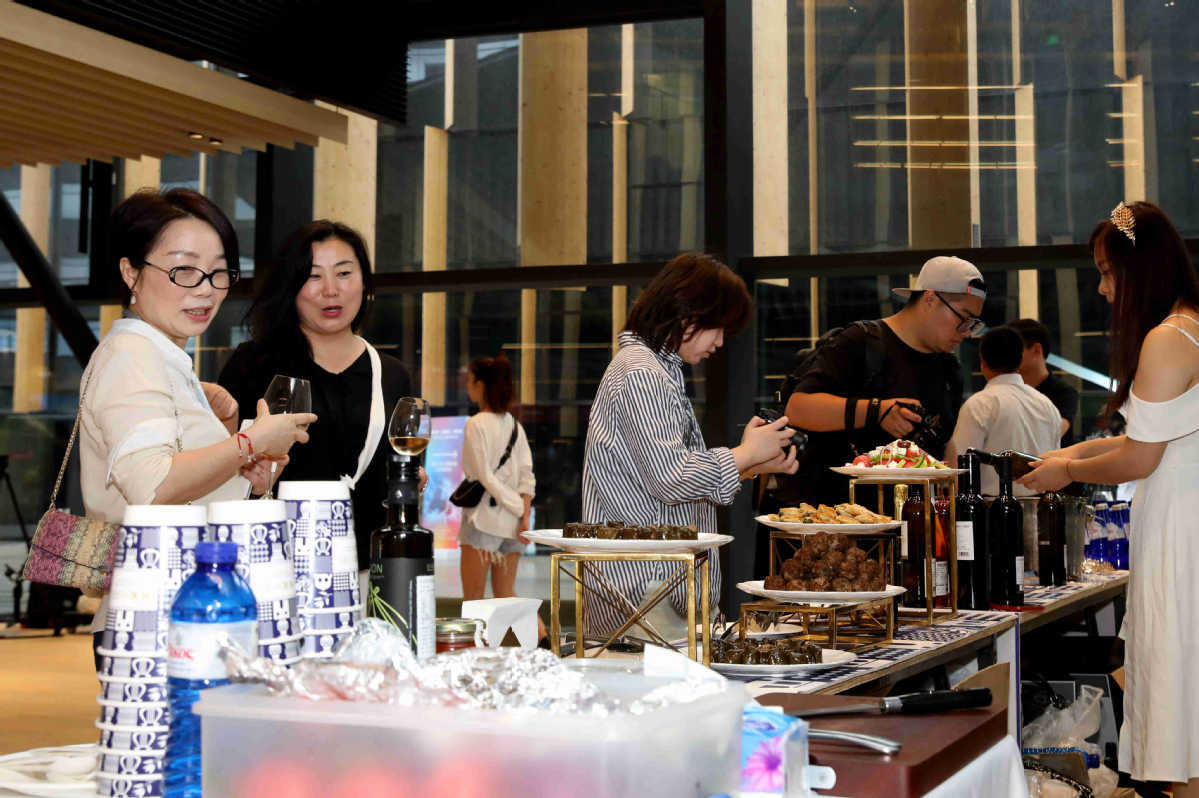 Visitors try out Greek food during an expo in Shanghai last month, which is a warm-up event for the upcoming 3rd CIIE. (Photo: Xinhua)

Consisting of three pavilions, the exhibition area for food and agricultural products will draw over 1,000 companies from nearly 100 countries and regions, including industry-leading firms and some 30 Fortune 500 enterprises.

Many exhibitors have showcased their CIIE exhibits in advance through offline promotional activities.

French food giant Danone introduced 40 star products to China at the last CIIE and is bringing in the region of 200 products to this year's expo, said Zhou Zhigang, vice-president of Danone China, noting that the CIIE has greatly improved the efficiency of Danone's product launches and opened up its sales channels.

Having inked 18.2 billion yuan (about $2.7 billion) worth of deals at the last CIIE, New Zealand-based multinational dairy cooperative Fonterra will debut several new products at this year's CIIE, including an Anchor probiotics product developed for Chinese consumers.

"Fonterra's performance in China has grown against the trend amid the epidemic," said Han Li, vice president of Fonterra China.

Nie Qin, a senior executive with the sales strategy department at Kirin (China) Investment Company Limited, said Kirin's beer sales through catering channels have declined due to the epidemic, but online sales have more than doubled. The Japanese brewery will showcase more products at this year's CIIE.

Increased epidemic prevention and control measures concerning food safety will be taken during the event, such as the closed-loop management of cold-chain exhibits, and tasting exhibits will be required to fully cook their food, according to the expo's exhibition department.

The 3rd CIIE will be held from Nov 5 to 10 in Shanghai this year.