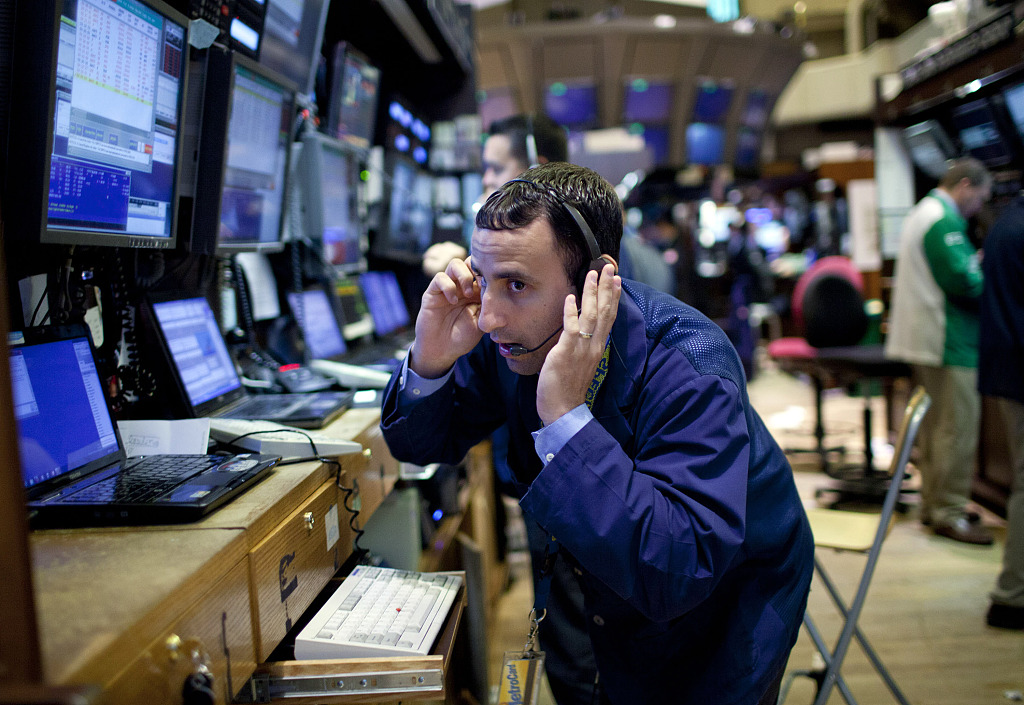 Payrolls firm ADP estimated the US added 135,000 private-sector jobs in September. The figures were below expectations and bolster anxieties following data released Tuesday that showed the weakest US manufacturing conditions since the Great Recession.

"What you're seeing is a rethink of growth in the US and a rethink of valuations," said Briefing.com analyst Patrick O'Hare.

"The concern is that ultimately the slowdown in manufacturing could lead to a slowdown in services," ultimately hitting US consumer spending, O'Hare added.

Major US indices fell more than one percent for the second day in a row.

Prime Minister Boris Johnson published his "final" Brexit proposals, warning EU leaders that Britain will walk out without a deal on October 31 if they do not accept his terms.

But officials in Brussels reacted coolly to the proposal. Johnson's latest plan includes several basic provisions -- including a potential four-year time limit -- that EU leaders have categorically rejected in the past.

"European equities have turned firmly lower in early trading on the very reasonable assumption that, if things are that bad for the US, then they must be even worse for Europe."

Adding to the worries over slowing US growth and Brexit was a WTO ruling that cleared the US to impose tariffs on $7.5 billion worth of EU goods in retaliation for the bloc's illegal support of Airbus.

The move escalates a trade row between Washington and Brussels at the same time as the United States is already mired in a grinding trade dispute with China that economists believe has weighed on global growth.

Analyst O'Hare said the latest US tariffs, while affecting a relatively modest set of goods compared with the US tariffs on China, have "symbolic" import and could lead to more selling on Thursday.

At the same time, markets will be awaiting a report from the Institute for Supply Management on the services sector that could potentially buoy stocks if it is positive, O'Hare said.