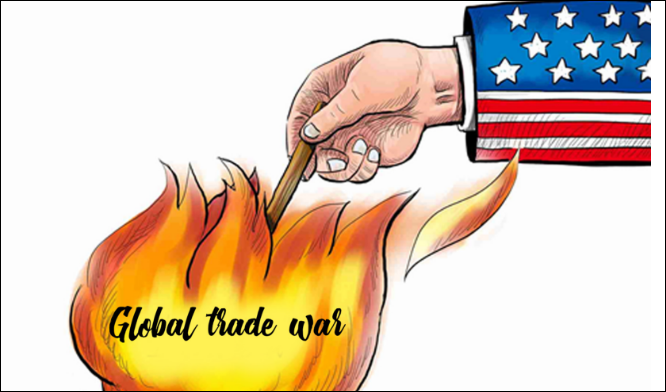 As trade tensions between China and the US continue to escalate, some recent articles published by global media outlets are not very optimistic about the future of Trump's trade war.

In an article ("The Trump Administration’s Dead End on Trade") published Thursday by international media organization Project Syndicate, Trump's trade war with China is seen as leading to nowhere.

The author James McCormack, who is the managing director at Fitch Ratings, suggests that given the strengthening US dollar and expansionary US fiscal policy, the US trade balance will almost certainly worsen for the foreseeable future.

His judgement is based on three facts. First, US manufacturing investment stands at a 30-year high. Second, as the manufacturing sector continues spending on machinery and equipment, the trade deficit will further widen as imports rise to meet investment needs. And third, the strengthening US dollar and expansionary fiscal policy will all have the same effect of favoring investments and encouraging imports.

An article published in the New York Times on July 6 ("Trump Starts a Trade War, but the Path to Success Remains Unclear" by Neil Irwin and Ana Swanson) questions whether Trump has a plan to achieve the results he wants, or whether he is heading into a costly clash without resolution.

Irwin and Swanson write, "for now, the current trade measures just affect a small portion of the economy and come at a time of economic strength, giving Trump more latitude to take aggressive measures that, in weaker economic times, would provide a drag on the economy much more quickly."

While Trump argues that the tariffs will make the US economy stronger, Business Insider reports that so far the duties have led to lay-offs.

Many large companies can pass on those costs to consumers or absorb the losses into their profit margins.

But, as Bryan points out, some smaller US businesses have been forced to cut labor costs to offset the higher amounts they're paying for parts. Many firms have warned that the worst is yet to come.