Downside risks persist for crude oil amid an ongoing year-end rout in both benchmark prices, despite a pledge led by the Organization of Petroleum Exporting Countries (OPEC) to cut output next year. 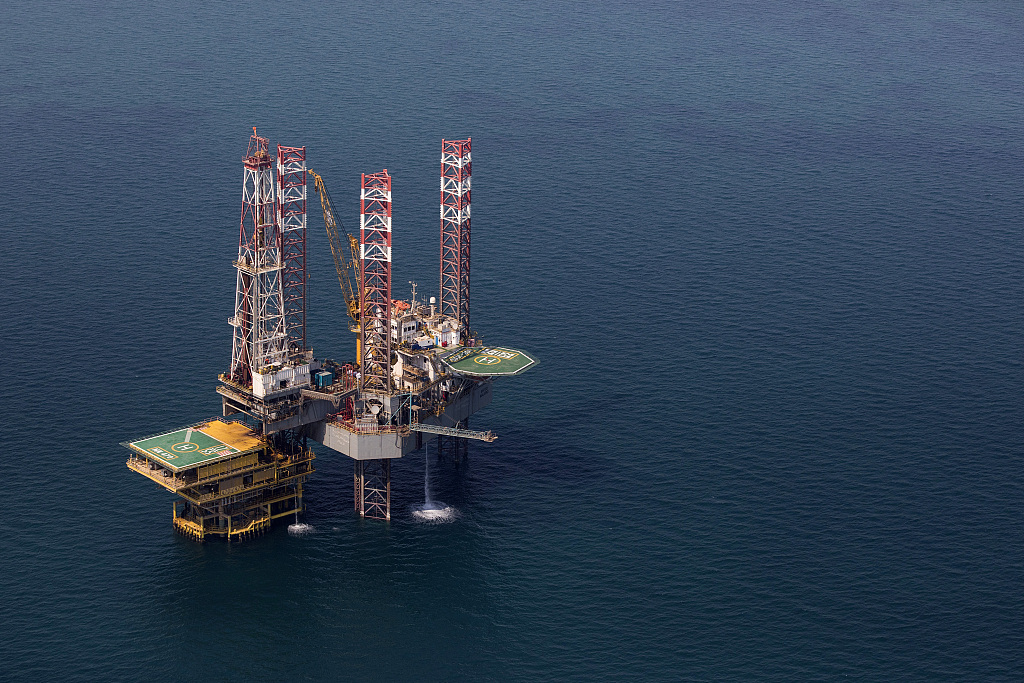 Caution has grown among investors on fears of a slack market stuck in oversupply and weak demand. Amid the compounded concerns, crude has been trading close to its 18-month low, with both benchmark prices evaporating more than 40 percent since hitting their four-year highs in early October.

As of Monday, the last trading session before Christmas, West Texas Intermediate (WTI) sank to a trough of 42.53 US dollars, while Brent settled at 50.47 US dollars, diving into a 16-month low.

There is widespread concern that the global market would be faced with a supply glut in 2019, despite an agreement among OPEC members and other major oil producing countries including Russia to trim production next year.

However, investors remain skeptical whether the potential reduction would mop up supply surplus, with major investment banks flashing red lights.

The Brent crude is expected to average just over 69 US dollars a barrel in 2019, lower than a November forecast of about 77 US dollars, according to a latest poll of 13 investment banks by the Wall Street Journal.

The West Texas Intermediate (WTI) is projected to average just over 63 US dollars a barrel, down from the November forecast of 70 dollars.

The survey came at a time of a marked speedup in production growth this year by countries including the United States, Saudi Arabia and Russia.

"In the end, OPEC+ interests came out first, as we expected, and the rest of the world came second. Member countries have their own budgetary and foreign exchange reserve issues, and America is now energy independent," Francisco Blanch, head of commodities and derivatives research at Bank of America (BofA) Merrill Lynch, told Xinhua.

The output of seven major US shale basins is expected to hit 8.166 million barrels per day in January, thanks to the biggest increase of 134,000 barrels per day since September, according to a latest report of the US Energy Information Administration (EIA).

Currently, the United States is the world's top oil producer by pumping an estimated 10.88 million barrels per day, surpassing Saudi Arabia and Russia. US oil inventories finally shrank for the third consecutive week following increases for 10 weeks in a row, according to EIA data.

"The US production numbers are very impressive," said Raymond Carbone, president at the New York-based Paramount Options, referring to things going on in the oil market "creating a bearish storm."

With the continued increase in US supply, Wood Mackenzie, a UK-based research and consultancy firm, said in early December it expected a year-on-year increase of 2.4 million barrels per day in non-OPEC production.

"That compares to our forecast for oil demand to increase by just 1.1 million bpd in 2019, leaving little room for a significant increase in OPEC production next year and making a production cut necessary to stabilize prices," said Ann-Louise Hittle, vice president for macro oils at Wood Mackenzie.

It's believed that such worries are attributable to deepening concerns over slowing global economic growth amid signs such as equities sell-offs and geopolitical challenges caused by global trade tensions and US sanctions against Iran.

"What has happened in my opinion recently is a confluence of many non-oil fundamental issues including the geopolitical issues," Saudi Arabian Energy Minister Khalid Al-Falih told reporters in Riyadh earlier. OPEC and non-member producers are expected to meet next in April 2019.

Oil consumption in emerging economies across Asia, such as China and India, which account for roughly two thirds of global oil demand, is expected to shrink due to a projected slowdown in economic growth.

"Most major economies are likely to see decelerating activity, with real GDP growth of 1.4 percent in both Europe and Japan, and 4.6 percent growth in aggregate among the emerging markets," BofA Merrill Lynch said recently.

The combined effect of a rising dollar and higher borrowing costs has pared demand in key emerging market economies and made investors shun risky assets aligned with the global economy, including crude oil and equities.

In what is worse, a partial shutdown of the US government contributed to losses in equities, with the Dow Jones Industrial Average plummeting 600 points while Nasdaq and S&P 500 entering a bear market on Monday.

The crude futures market fell in tandem with equities, as energy stocks account for around six percent of market capitalization globally, according to Swiss financial institution UBS.

"The short-term pain of lower oil prices for companies and producers can overshadow the long-term gains for oil consumers, as in 2015. On 18 December, a 2.4 percent fall in energy stocks contributed to an early gain in the S&P index being erased," the investment bank said in a recent article.

Carbone also noted the link between oil prices and the equities sell-off. "One cannot discount the recent down moves in the equity markets. We are back to a strong dollar during market turbulence as well as equity prices reverting to a barometer of future demand," the analyst said.

Analysts are also wary about what lies ahead after the OPEC-led output curb expires in the second half of 2019, though Al-Falih expressed optimism last week for the extension of the OPEC-led December agreement.

"We will meet in April and I'm certain that we will extend it," the Saudi energy minister said. "We need more time to achieve the result."