Global shares were mostly lower on Monday, with Japan's benchmark rising but most others slipping despite hopes for a recovery from the coronavirus pandemic with the global rollout of vaccines. 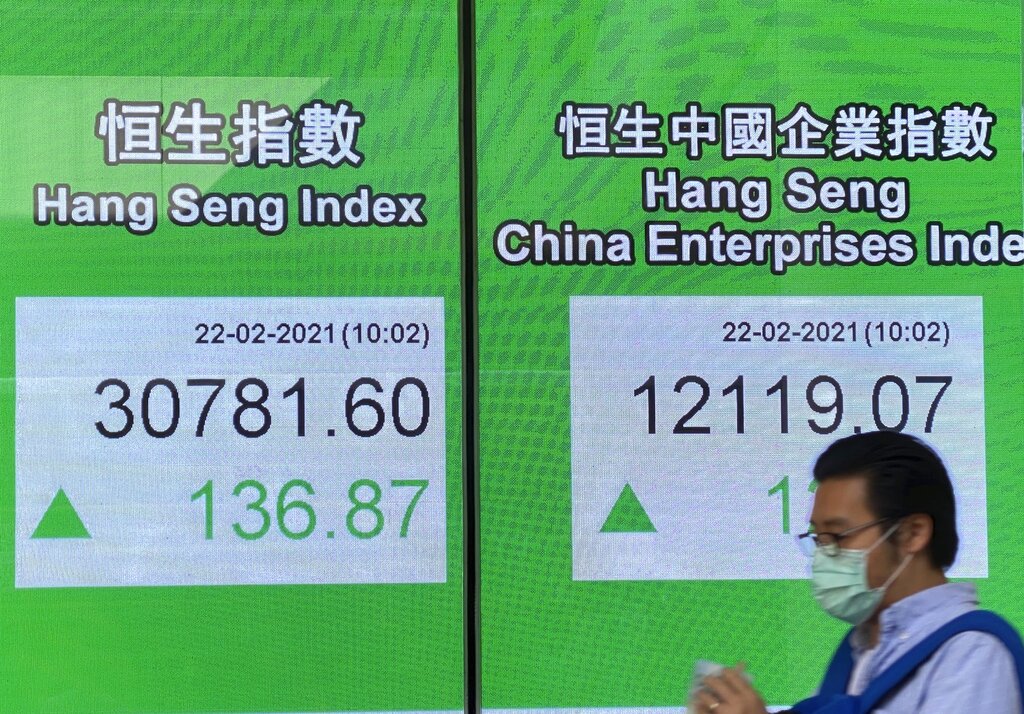 Benchmarks rose in Japan but fell in South Korea, Australia and China. Investors remain focused on the future of global economies badly hit by COVID-19 and when and whether there will be enough stimulus to fix it.

Japan began administering vaccines for COVID-19 last week. It was the last of the Group of Seven industrial nations to get started, beginning with health workers. Prospects for further shipments of vaccine remain uncertain, according to Taro Kono, the Japanese minister tasked with overseeing the effort.

Vaccination drives are set to start soon in other Asian nations, such as Malaysia, Vietnam and the Philippines.

Investors remain focused on the future of global economies badly hit by COVID-19 and the potential for more stimulus to fix it.

The U.S. House of Representatives is likely to vote on Biden's proposed package by the end of the week. It would include $1,400 checks to most Americans, additional payments for children, and billions of dollars in aid to state and local governments as well as additional aid to businesses impacted by the pandemic.

“But timing is everything," Stephen Innes of Axi said in a commentary. He noted that inflation concerns are overhanging the market, as the economy heals from the pandemic downturn while the Biden administration strives to recover the millions of jobs lost.

“The next leg of the reflation will have to be carried more and more by a continued recovery in economic growth, as fiscal and monetary stimulus gets increasingly packed into the price," he said.

One challenge is to keep inflation in check and minimize trauma to the markets from adjustments in the Federal Reserve's ultra-supportive monetary policy.

After an impressive start to the year, bullish sentiment is wavering, said Jeffrey Halley of Oanda.

“At this stage the price action looks corrective and I expect equities to find a wall of buyers on any material dips," he said.