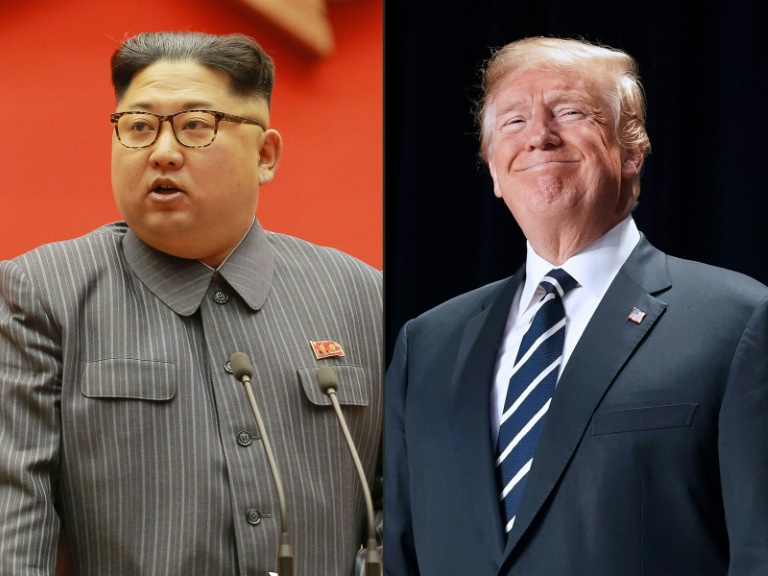 The surge came despite an ongoing row over tariffs on steel and aluminium, which saw Trump singling out Europe on Monday.

"Despite the threat posed by President Trump's shift towards protectionism, the near-term outlook for the world economy is reasonably bright," Capital Economics said, describing the potential impact of the tariffs as "not (yet) too alarming."

That could change in future, however, should the row escalate into an all-out trade war, it said in an email.

"Buoyed by Friday's jobs report and a general easing of political tensions, markets are on the up again," said Chris Beauchamp, analyst at trading firm IG.

"Sentiment, which has been bearish for weeks now, has provided another tailwind for equities."

Trump decided last week that he will meet Kim in an unprecedented summit to discuss the totalitarian state's nuclear programme, which also help to offset any fears triggered by the tariffs row.

All three main indexes in New York rose again, after erasing all the losses suffered through a tumultuous February, as did stock markets in Asia.

In European trading, Germany's DAX index jumped after energy giant E.ON announced plans to take over Innogy, the renewables subsidiary of competitor RWE, in a deal valued at around 20 billion euros.

E.ON shares were up by more than four percent in afternoon trading, while RWE stock stood just over eight percent higher.

Worldwide, investors were cheered by US Labor Department data that showed employers added a forecast-busting 313,000 jobs in February.

"The best of both worlds for equity markets, with the economy in full swing but nary a sign of wage inflation," said Stephen Innes, head of Asia-Pacific trade at OANDA.

"It doesn't get much better than that for investors and at least for now has dampened the inflationary fears that weighed on investor sentiment in February. When coupled with an easing in trade rhetoric and positive news from the Korean Peninsula, risk sentiment is powering higher."