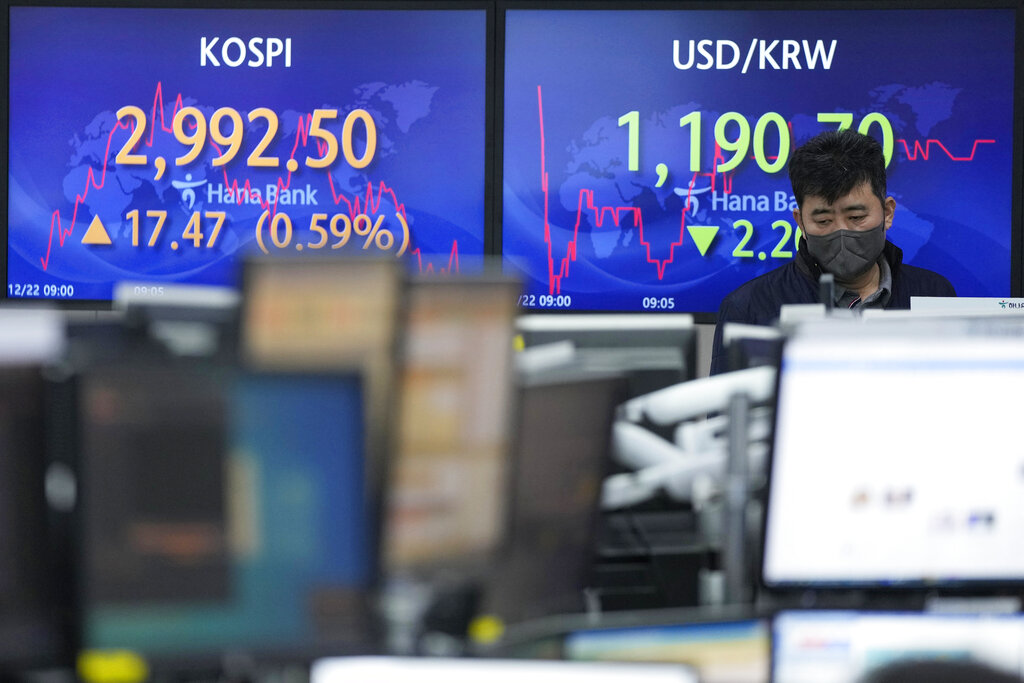 Global stock markets rose Wednesday after President Joe Biden reassured investors by calling for vaccinations and testing but no travel curbs in response to the omicron coronavirus variant.

Wall Street rose after Biden announced Tuesday the government will provide rapid-test kits and increase vaccination efforts but gave no indication of plans for restrictions that might disrupt the economy. Other governments in Asia and Europe have tightened travel controls or pushed back plans to relax curbs already in place.

Biden “provided some much-needed reassurances for markets,” Yeap Jun Rong of IG said in a report.

Traders were rattled by official statements that omicron was spreading faster than expected after airline, cruise line, oil and other travel-related stocks had risen earlier on expectations tighter controls could be avoided.

Sentiments also have been dampened by expectations for tighter U.S. monetary policy after the Federal Reserve indicated last week it will accelerate plans to wind down economic stimulus that has been boosting stock prices. The Fed changed course after inflation rose to a four-decade high of 6.8% in November.

Traders also are worried about the impact of global supply chain disruptions that are fueling fears of higher inflation.