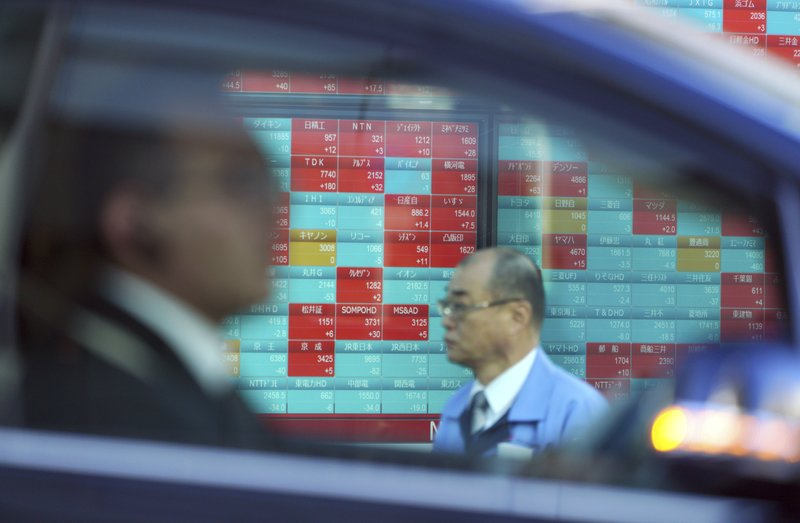 WALL STREET: US stocks staged a last-minute turnaround that put the market on track to end the volatile week with a gain. That followed its best day in 10 years. Health care and technology companies, banks and industrial stocks accounted for much of the gains. The S&P 500 rose 0.9 percent, the Dow gained 1.1 percent and the Nasdaq composite added 0.4 percent. The downturn that began in October has intensified this month, erasing the market's 2018 gains and nudging the S&P 500 closer to its worst year since 2008. Stocks are on track for their worst December since 1931.

ANALYST'S QUOTE: The upturn might be due less to revived sentiment than to traders covering short positions at year's end in thin trading, said Vishnu Varathan of Mizuho Bank in a report. This "looks suspiciously like a dead cat bounce," said Varathan. "Rather than prematurely rejoicing over a dead bear (and return to a bull market), it may be far more sensible to worry about a dead cat (bounce) that could quickly fizzle and revert to a more prolonged price correction."

CHINA PROFITS: Profits at major Chinese industrial companies fell in November for the first time in three years amid an economic slowdown and trade tension with Washington. Profit for producers in steel, construction materials, oil, chemicals and equipment manufacturing declined 1.8 percent from a year earlier, a reverse from October's 3.6 percent gain.