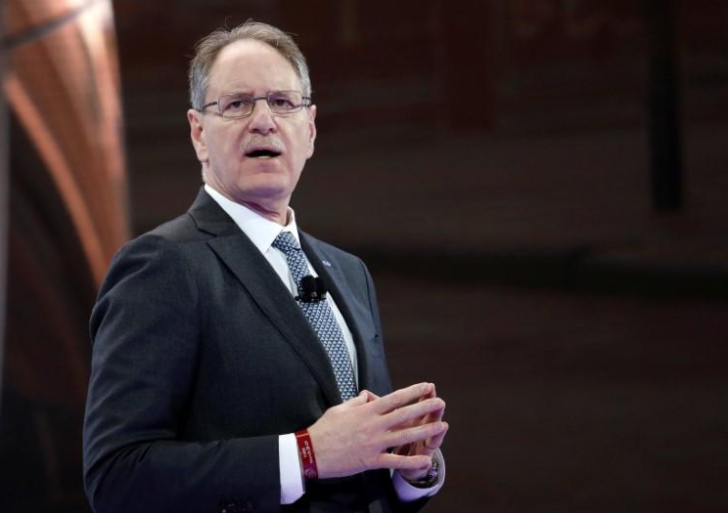 General Motors Co said on Wednesday that it was replacing Johan de Nysschen as head of its Cadillac brand, ahead of the launch of a new sport utility vehicle central to GM’s hopes for luxury market growth.

GM said De Nysschen will be replaced immediately by Steve Carlisle, who had most recently served as managing director of GM’s Canadian operations.

“Looking forward, the world is changing rapidly, and, beginning with the launch of the new XT4, it is paramount that we capitalize immediately on the opportunities that arise from this rate of change,” GM President Dan Ammann said in a statement. “This move will further accelerate our efforts in that regard.”

De Nysschen, an outspoken executive who previously led Volkswagen AG’s Audi brand in the United States and then Nissan Motor Co’s Infiniti brand took over at the helm of Cadillac in July 2014.

De Nysschen outlined bold plans to reshape Cadillac’s lineup with a $12 billion product program. He moved Cadillac’s headquarters to New York in 2015, saying the brand’s executives should be closer to the urban customers who had for years shunned it.

De Nysschen also upset Cadillac dealers by trying to cull their numbers as part of an effort called Project Pinnacle.

Under de Nysschen, Cadillac sales worldwide grew, mainly because of increasing demand in China. The brand said global sales for the first three months of 2018 were up 22.5 percent.

In the United States, Cadillac’s second largest market to China, growth was slower. De Nysschen had bet heavily on Cadillac sedans, but as early as January 2015 GM slashed prices to move them off dealer lots. Cadillac’s US sales fell 8 percent in 2017, but sedan sales plummeted 27.4 percent.

In a bid to catch up with market shifts, last summer De Nysschen said Cadillac would shrink its lineup of sedans and add sport utility vehicles and hybrid and electric vehicles.

At last month’s New York auto show, Cadillac launched a crossover called the XT4, as part of those efforts. A larger SUV with three rows of seats is due by 2019.

De Nysschen told Reuters the XT4 had been developed partly to meet growing Chinese demand for the same type of vehicle.