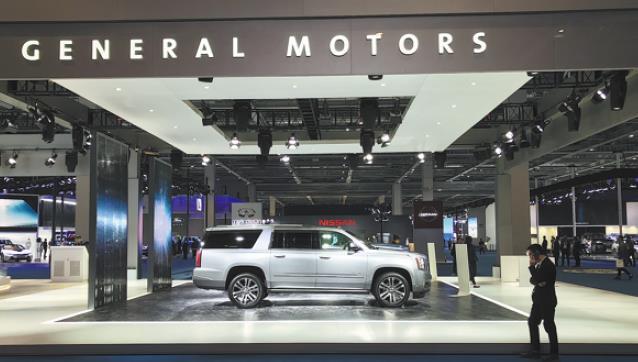 General Motors, the United States' largest carmaker, is calling for Chinese authorities to delay a scheduled ramping up of emission standards to alleviate the coronavirus outbreak's effect on its business in the country.

China is scheduled to introduce the State VI B standards starting July 1 nationwide. GM China President Matt Tsien said he hoped the deadline could be extended for several months as the epidemic has distanced people from showrooms.

Delaying the measures would enable dealers to clear their inventory of older models and allow plant workers more time to upgrade current models in line with the new standards, Tsien said during a conference call last week.

"This will be of great help to us and the automotive industry as a whole," said Tsien, who predicted the market will suffer greatly in the first half of the year before rebounding in the second half.

GM's plants and dealerships in China have gradually resumed operations.

Tsien said although some projects may be delayed for one or two months, the epidemic won't affect the carmaker's long-term confidence and investment in the country.

"We expect solid development in our main business and personal mobility in 2020," Tisen said.

He expects GM to see the same or larger market share in China this year compared with 2019.

The company saw its sales slide 15 percent to 3.09 million vehicles last year in China, due to the market's overall downturn and customers' lukewarm response to its three-cylinder vehicles.

To increase the appeal of its portfolio and meet local customers' expectations, GM is planning to introduce four-cylinder options in some models available in the Chinese market.

But Tsien said he is confident in the three-cylinder technology, which outperforms four-cylinder models in power and fuel consumption.

China is GM's largest market by sales, and an important pillar of its global strategy.

The carmaker is pulling out of some markets, including Europe, to focus its resources on North America, China and South America as it shifts to electrification and autonomous driving.

On Thursday, GM announced it will invest $20 billion from 2020 to 2025 as part of its hardest push into the two fields.

The automaker also unveiled a flexible, third-generation platform on the same day. GM will build electric vehicles on the platform for its brands from Chevrolet to Cadillac, and production will start in the United States in 2021.

Tsien said GM will introduce the platform into China as well, starting with SUVs, but did not give a schedule.

Currently, the carmaker is in the process of delivering its goal of offering 10 electric vehicles and plug-in hybrids from 2016 to 2020 in China.

It now has five in the market, under its Buick, Chevrolet and China-specific Baojun brands. The company said more are around the corner, including electric cars from another China-specific brand Wuling.

"The total number of new energy vehicles by the end of the year will far exceed our previous goal," Tsien said.