General Motors said Friday it is recalling all Chevrolet Bolt electric vehicles sold worldwide to fix a battery problem that could cause fires. 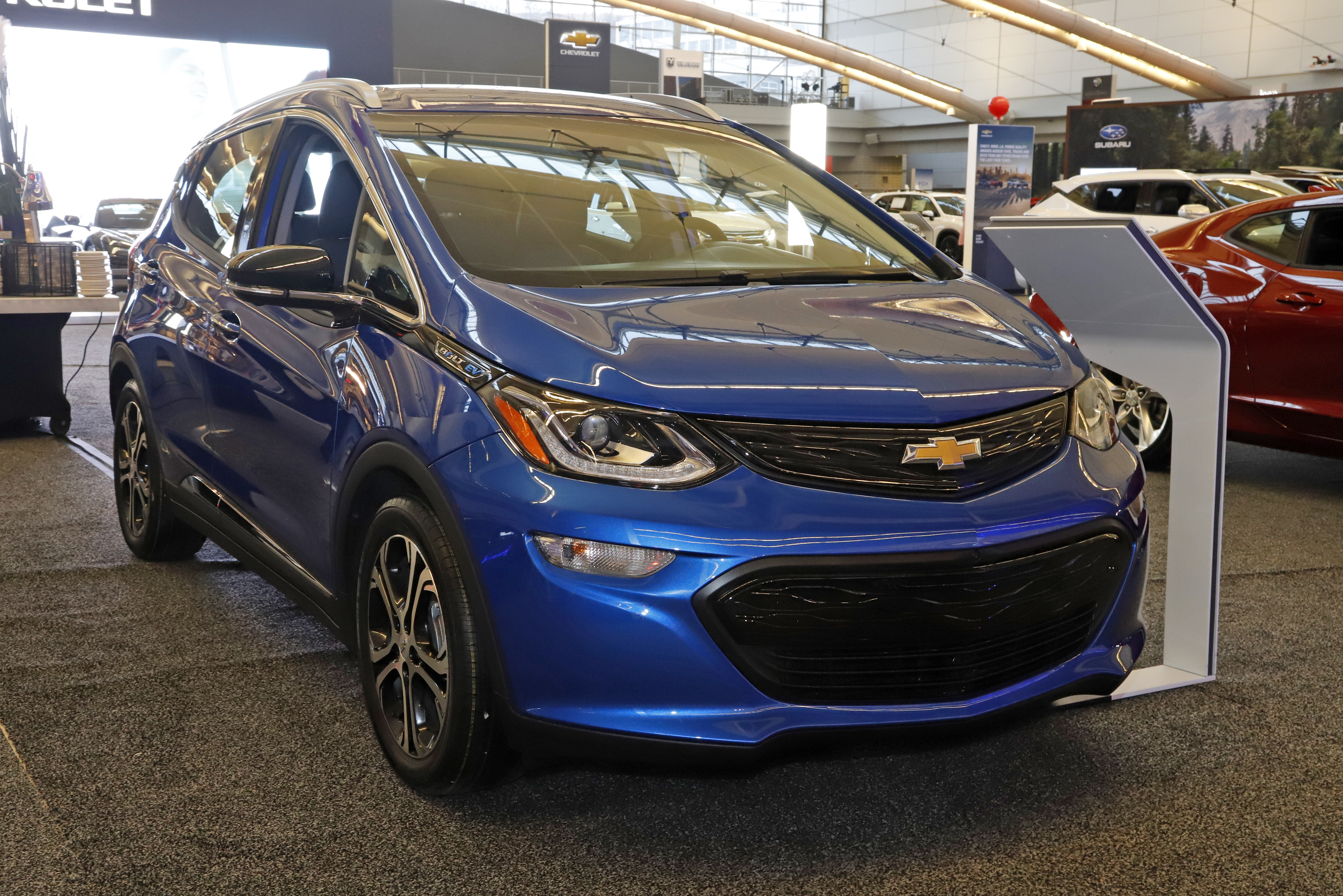 A 2020 Chevrolet Bolt EV on display at the 2020 Pittsburgh International Auto Show in Pittsburgh. (File photo)

The recall and others raise questions about lithium ion batteries, which now are used in nearly all electric vehicles. Ford, BMW and Hyundai all have recalled batteries recently.

President Joe Biden will need electric vehicles to reach a goal of cutting greenhouse gas emissions in half 2030 as part of a broader effort to fight climate change.

GM said that in rare cases the batteries have two manufacturing defects that can cause fires.

The Detroit-based automaker said it will replace battery modules in all the vehicles. In older versions, all five modules will be replaced.

The latest recall will cost the company about $1 billion, bringing the total cost of the Bolt battery recalls to $1.8 billion.

GM said owners should limit charging to 90% of battery capacity. The Bolts, including a new SUV, also should be parked outdoors until the modules are replaced.

The original recall was blamed on a manufacturing defect at a South Korean factory run by LG Chemical Solution, GM’s battery supplier. But the company said an investigation showed that the defects are possible in batteries made at other sites. Most newer Bolt batteries are made at an LG plant in Holland, Michigan.

GM issued the first Bolt recall in November after getting reports of five of them catching fire. Two people suffered smoke inhalation and a house was set ablaze.

At first the company didn’t know what was causing the problem, but it determined that batteries that caught fire were near a full charge. It traced the fires to what it called a rare manufacturing defect in battery modules. It can cause a short in a cell, which can trigger a fire.

GM said it began investigating the newer Bolts after a 2019 model that was not included in the previous recall caught fire a few weeks ago in Chandler, Arizona. That raised concerns about newer Bolts.

GM says it is working with LG to increase battery production. The company says owners will be notified to take their cars to dealers as soon as replacement parts are ready.

Flores said he is not sure when that will be.

The company said it will not produce or sell any more Bolts until it is satisfied that problems have been worked out in LG batteries, Flores said.

“Our focus on safety and doing the right thing for our customers guides every decision we make at GM,” Doug Parks, GM product development chief, said in a statement.

Batteries with the new modules will come with an eight year, 100,000 mile (160 kilometer) warranty, the company said. GM will replace all five battery modules in 2017 to 2019 Bolts. Defective modules will be replaced in newer models.

GM said it will pursue reimbursement from the LG.

The Bolts are only a tiny fraction of GM’s overall U.S. sales, which run close to 3 million vehicles in a normal year. But they are the first of an ambitious rollout of electric models as GM tries to hit a goal of selling only electric passenger vehicles by 2035.

Shares in General Motors Co. were down about 2% in extended trading following the recall announcement.