General Motors’ (GM.N) South Korean unit plans to slash 5,000 jobs, or about 30 percent of its workforce, but keep production steady if Seoul agrees to its $2.8 billion proposal for the loss-making operation, according to a document seen by Reuters. 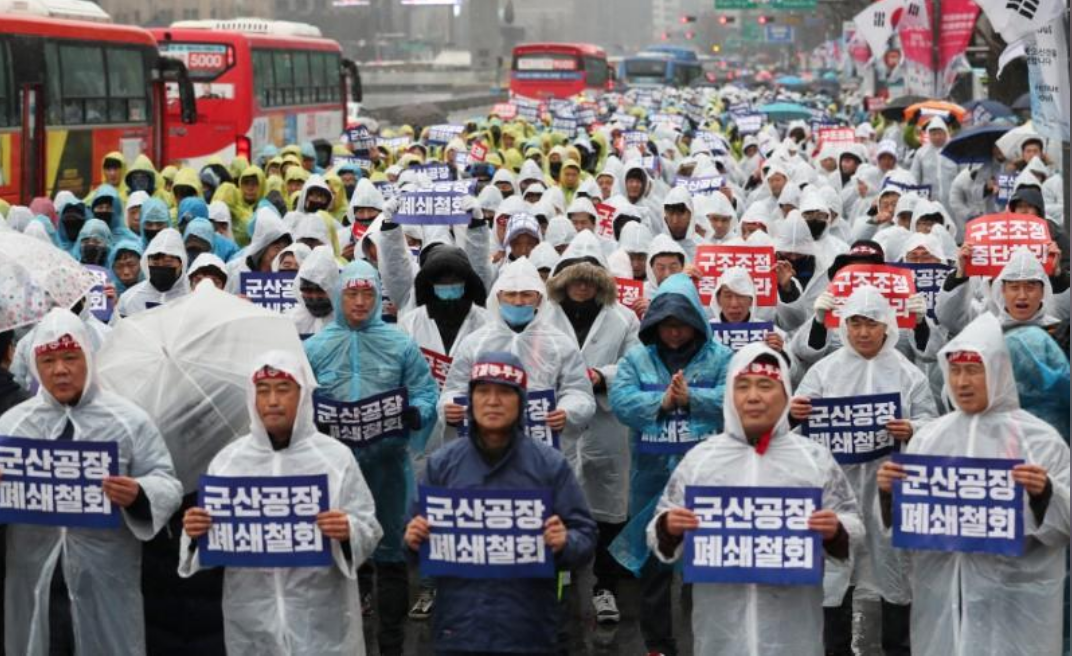 The US automaker announced last month that it would shut down a factory in Gunsan, southwest of Seoul, and that it was mulling the fate of its three other plants in South Korea.

In the plan it submitted to the government and seen by Reuters, GM Korea proposed cutting the number of employees to 11,000 from about 16,000.

Because only 2,000 people work at the Gunsan facility, it appears the other factories will also be affected. The document did not specify when the cuts would occur.

GM’s proposal may put the Seoul government in a bind, as President Moon Jae-in seeks to save thousands of jobs but could face a public backlash if he uses taxpayer money as a lifeline for GM.

The government has said it would decide on whether to provide support after conducting due diligence on what it has called GM’s“opaque” management of its operations in the country.

GM Korea declined to comment on details of the proposal.

“We will reduce our cost base to make our business profitable,” a GM spokesman said, adding it has been undertaking a series of restructuring actions.

The US automaker is seeking concessions on wages from an angry labor union and launched a voluntary redundancy program, which closes on Friday.

Under the plan, GM would add its next-generation Trax small SUV and a brand-new compact SUV to its Korean production lines in 2020 and 2022 respectively, the document said.

The models are mainly aimed at the US market, it said.

It plans to manufacture 200,000 vehicles of each, and keep its overall production in Korea near 500,000 per year over the next 10 years. GM produced about 508,000 cars last year, far below the combined capacity of 910,000 cars per year at its Korean factories.

South Korea was for years a low-cost export hub for GM, producing about a fifth of the company’s global output of Chevy models at its peak. But the automaker’s decision to exit other unprofitable markets has exacerbated problems for GM Korea, which built many of the Chevrolet models GM once offered in Europe.