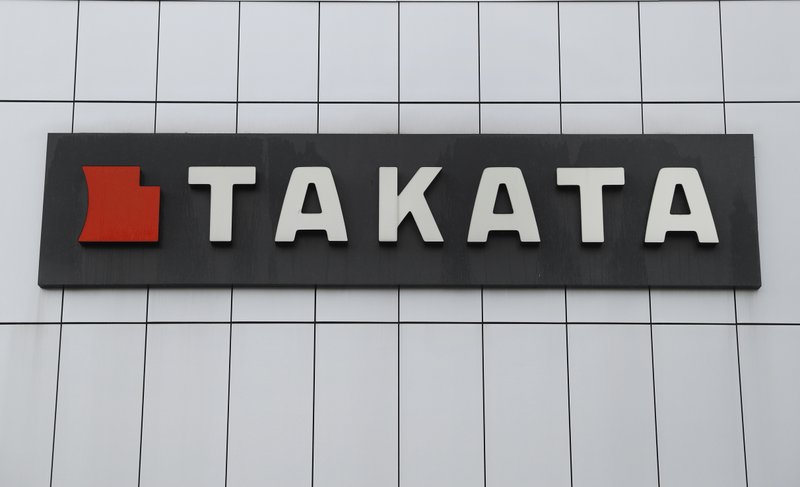 General Motors is trying to avoid recalling potentially deadly Takata air bag inflators in thousands of full-size pickup trucks and SUVs for the fourth straight year, leaving owners to wonder if vehicles are safe to drive.

The automaker petitioned the National Highway Traffic Safety Administration to exempt it from recalls that were required under a 2015 agreement between Takata and the government.

Takata inflators can explode with too much force, blowing apart a metal canister and spewing shrapnel.

Twenty-four people have been killed and hundreds injured by the inflators worldwide.

For GM, the stakes are high. If NHTSA requires it to do all the recalls, the company will have to repair more than 6 million trucks and SUVs at a cost of $1.2 billion, more than half the profit reported by the company in its most recent quarter.

GM’s petition, posted Wednesday by the government, says the inflators are unique to GM and are safe, with no explosions even though nearly 67,000 air bags have deployed in the field.

But Takata declared the GM front passenger inflators defective under a 2015 agreement with the government. GM’s efforts to avoid the recalls raise questions about whether the inflators are safe and why NHTSA has taken more than three years to rule on GM’s petitions. The first one was filed in May of 2016.

“Any fool can see that they’re just stalling for time,” said Craig Kohlhorst of Wellington, Florida, who recently traded in a 2007 Chevrolet Suburban in part because of the danger presented by the air bags. “They figure if they keep stalling, it’ll go away and they won’t have to expend the funds to address the issue.”

Takata used the volatile chemical ammonium nitrate to create a small explosion and inflate air bags. But high humidity and hot temperatures can cause the chemical to deteriorate and burn too fast, blowing apart metal canisters designed to contain the explosions and hurling shrapnel. At least 24 people have been killed worldwide and 200 have been hurt.

The problem forced the Japanese company into bankruptcy protection and touched off the largest series of automotive recalls in US history including up to 69 million inflators in the US alone. The recalls are being phased in based on the age of vehicles and exposure to high temperatures and humidity.

Kohlhorst said he was afraid to drive the Suburban because his wife and 15-year-old daughter sat in the front passenger seat and would have been hit by shrapnel if the inflator exploded. Also, shrapnel could have flown into the back seat where his 4-year-old daughter sat. He traded in the Suburban because of its age and rising cost of maintenance, but said the air bags made him trade sooner than he would have liked. In its place he got a new Toyota Corolla, largely for his older daughter to drive.

Even though GM filed the petition in January, NHTSA didn’t publish it in the Federal Register as required until Wednesday. GM also had to file recall paperwork, but NHTSA does not make that public until a decision is made on the petitions.

A spokeswoman for NHTSA said Wednesday that she would check on questions about the length of time it’s taking to make a decision.

The agency consolidated all four GM petitions into one and said it would take public comment at https://www.regulations.gov/document?D=NHTSA-2016-0124-0246 until July 18.

In its petition, GM said Northrop Grumman tested 4,270 inflators by artificially exposing them to added humidity and temperature cycling, and there were no explosions or abnormal deployments. It says GM has “established that worse-than-worst-case humidity exposure and temperature cycling will not cause inflator ruptures ... at any point within even unrealistically conservative vehicle service life estimates.”

The company simulated aging of the inflators for an estimated 35 years, the petition said.

Tests on one inflator taken from a 2007 Chevrolet Silverado showed abnormally high pressure inside the canister, but it did not rupture.

GM also said its trucks have solar-absorbing glass that holds down cabin temperatures, keeping the inflators cooler and reducing hot-and-cold cycles that cause the ammonium nitrate to deteriorate.

Jason Levine, executive director of the Center for Auto Safety, a nonprofit consumer group, said NHTSA appears to be paralyzed in the GM case. Information provided by GM thus far isn’t sufficient for NHTSA to approve the petition, said Levine, who questions the validity of some tests done for GM. He questioned the need for a delay by NHTSA in making a decision. “There’s millions of these things on the road. It is not right. It’s bad policy, bad practice,” Levine said. “It only engenders concern and fear potentially unnecessarily. NHTSA needs to do its job.”

All of the recalls are being phased in by age of vehicles and areas of the country where they are located. Because GM filed its petition to avoid the recalls, owners will not be notified that their vehicles have the potentially dangerous inflators, according to NHTSA.

Shares of General Motors Co. rose by about 1%.