General Motors (GM.N) and South Korea are in talks to increase the size of their investment in the U.S. automaker’s local unit from a previously proposed $2.8 billion, a senior government source with direct knowledge of the matter said on Wednesday. 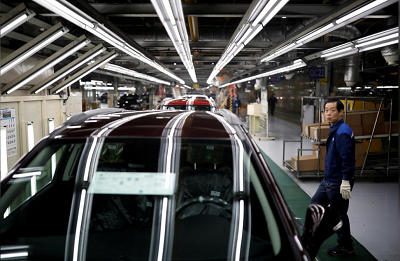 The move came as GM Korea averted bankruptcy with a last-minute wage deal with its labor union on Monday, paving the way for possible financial support from the government.

GM had said it would fund its “portion of the $2.8 billion investment”, paving the way for two new sport utility vehicles to be built in South Korea, on condition of union concessions and the government support.

State-run Korea Development Bank previously said it may offer about 500 billion won ($468.4 million), proportional to its 17 percent stake in GM Korea, to help fund GM’s investment in the unit. 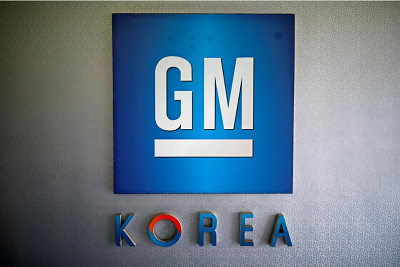 The logo of GM Korea is seen at its Bupyeong plant in Incheon, South Korea March 29, 2018.

“GM has expressed its intention to increase the size of new money injection from its previous plan to normalize management, and asked the KDB to expand its funding proportional to its stake,” the source told Reuters, requesting anonymity as the matter was confidential.

He declined to comment on the size of the investment.

South Korean online media MoneyToday reported on Wednesday that GM said it would expand the investment to more than 4 trillion won, meaning that KDB’s spending would also rise to 700 billion won.

GM shocked South Korea in February when it unveiled a major restructuring plan for the money-losing unit, involving shuttering one of its four plants in the country and voluntary redundancies for 2,600 workers.

The automaker said it would file for bankruptcy protection should it fail to gain concessions from the union by its extended deadline of Monday.

The union reached a preliminary deal to freeze a base wage, skip bonuses this year and trim bonuses, subject to a union vote on Wednesday and Thursday.