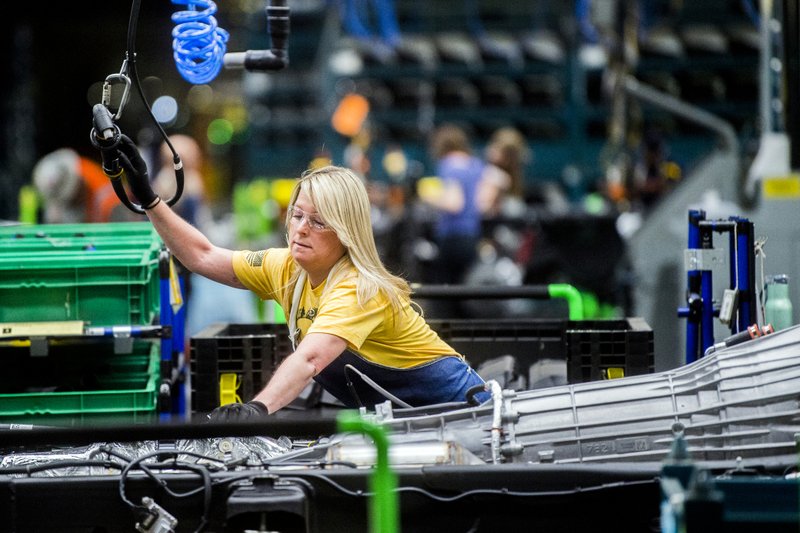 In this June 12, 2019, file photo General Motors employees work on the chassis line as they build the frame, power train and suspension onto the truck's body at the Flint Assembly Plant in Flint, Mich. On Friday, Nov. 15, the Federal Reserve reports on US industrial production for September. (Photo: AP)

A strike at General Motors pushed US manufacturing production lower in October, adding to the troubles confronting American industry.

Manufacturing output tumbled 0.6% last month, the Federal Reserve said Friday, largely because production of cars and auto parts plunged 7.1% amid the GM strike. The drop in factory production was the biggest since April. The GM strike ended late in October.

Overall industrial production -- which includes factories, utilities and mines -- fell 0.8%, the biggest drop since May 2018. Industrial output is down 1.1% from October 2018.

The drops were bigger than economists had expected.

American manufacturing is also contending with the fallout from President Donald Trump’s trade wars, which have raised costs for some factories and created uncertainty for business.

Mining production slid 0.7%, as oil and gas drilling fell last month, but is up 2.7% over the past year. Utility production fell 2.6% as Americans used less electricity.