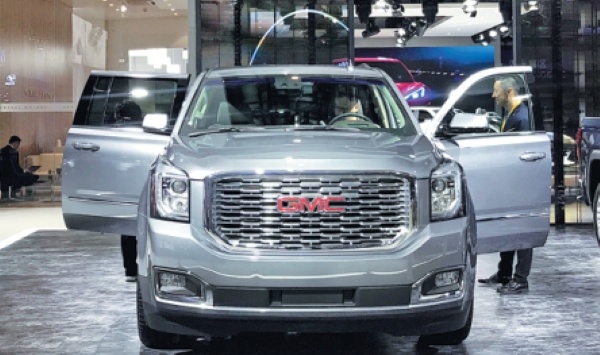 General Motors said on Monday it is upgrading its advanced design center in Shanghai to more than double the current studio space and milling capacity, to tap into local Chinese talents to sharpen its competitive edge in China and worldwide.

The US carmaker said the facility, which is adjacent to GM China's headquarters, will grow to more than 5,000 square meters. It said the upgrade started earlier this month, with completion set for the second quarter of 2021.

"We have been seeing many stunning car designs. With our improved capability and world-class resources, the Advanced Design Center will attract more of these outstanding local designers."

Ken Parkinson, GM China and GM International's vice-president of design, said the center has become an important and trusted source of creativity and insight into the Chinese auto market since its establishment in 2012.

They are creating future visions of new energy and mobility concepts for China and global markets, the carmaker said.

"This has led to significant programs and assignments being given to our talented creative team, which has stretched our current resources – leading to this expansion plan," Parkinson said.

The upgraded Advanced Design Center will include a new color and material studio, paint shop, VR lab and a second clay modeling studio, while the current VR Room, viewing patio, clay modeling studio and other facilities will receive comprehensive enhancements and upgrades.

Michael Simcoe, GM vice-president of global design, said advanced design is playing a critical role in the development of GM's next generation of vehicles around the world.

"The expansion of the GM China Advanced Design Center will provide an environment for our team members to imagine, create, inspire and develop design strategies for GM's future product portfolio," Simcoe said.