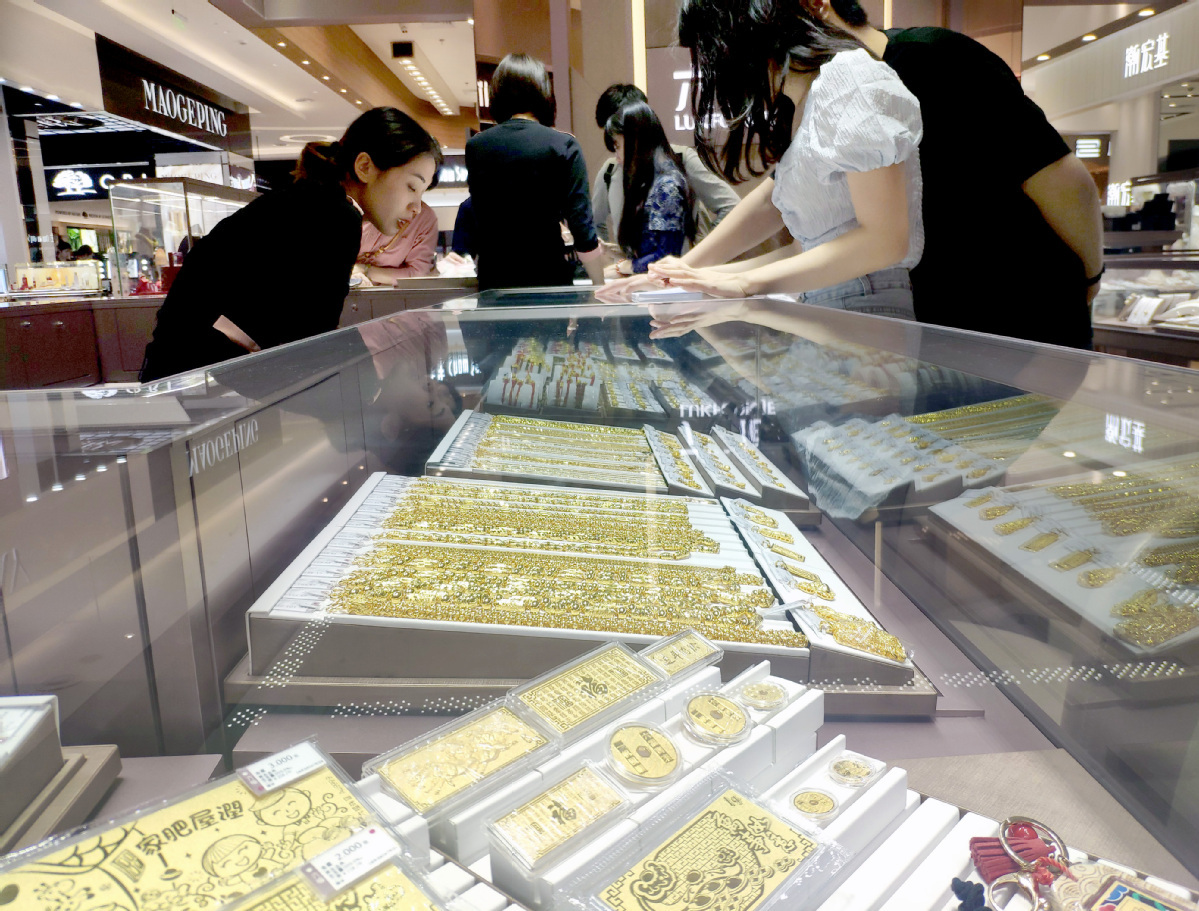 Holdings of gold-backed exchange-traded funds rose by 11.5 metric tons during the first three months of the year, data from the China Gold Association showed.

China's total holdings of gold ETFs hit a record high of 72.4 tons by the end of March, the CGA said, adding that the increase was achieved despite falling yellow metal prices.

According to the World Gold Council, an industry body, total assets under the management of gold ETFs stood at 25.9 billion yuan ($4 billion) in China by the end of March, the second highest since the agency started compiling data.

Wang Lixin, managing director of the WGC in China, said that a large number of individual investors had increased gold ETF holdings during the first quarter when gold prices were sluggish. The relatively weaker performance of the stock market and its constant fluctuations in the first quarter triggered domestic investor appetite for assets such as gold, mostly as a hedge against risks, he said.

Gold prices have dropped by 10 percent since the beginning of this year, the WGC said. With more people gaining confidence in the global economic recovery, gold holdings have been decreasing and gold prices falling steadily, said Louise Street, a senior analyst with the WGC.

Mike McGlone, senior commodity strategist for Bloomberg Intelligence, said gold prices would have stood above $2,000 an ounce if there was no Bitcoin trading. The proliferation of cryptocurrency continues to limit gold's upside potential, he said.

Analysts from Swiss financial institution UBS said in a report that the US Federal Reserve is likely to adopt more hawkish measures over the next few months due to the stronger economic data. The rising real interest rate indicates that the gold prices are likely to drop to $1,600 per ounce by the end of the year.

According to CGA experts, China's quick economic recovery and the low base from a year ago helped gold consumption to return to the same levels seen in the first quarter of 2019. The macroeconomic turnaround and the decline in gold prices helped sustain the heat in physical gold investment, which started in the fourth quarter of 2020. The decline in gold prices has also stimulated industrial consumption in China, it said.