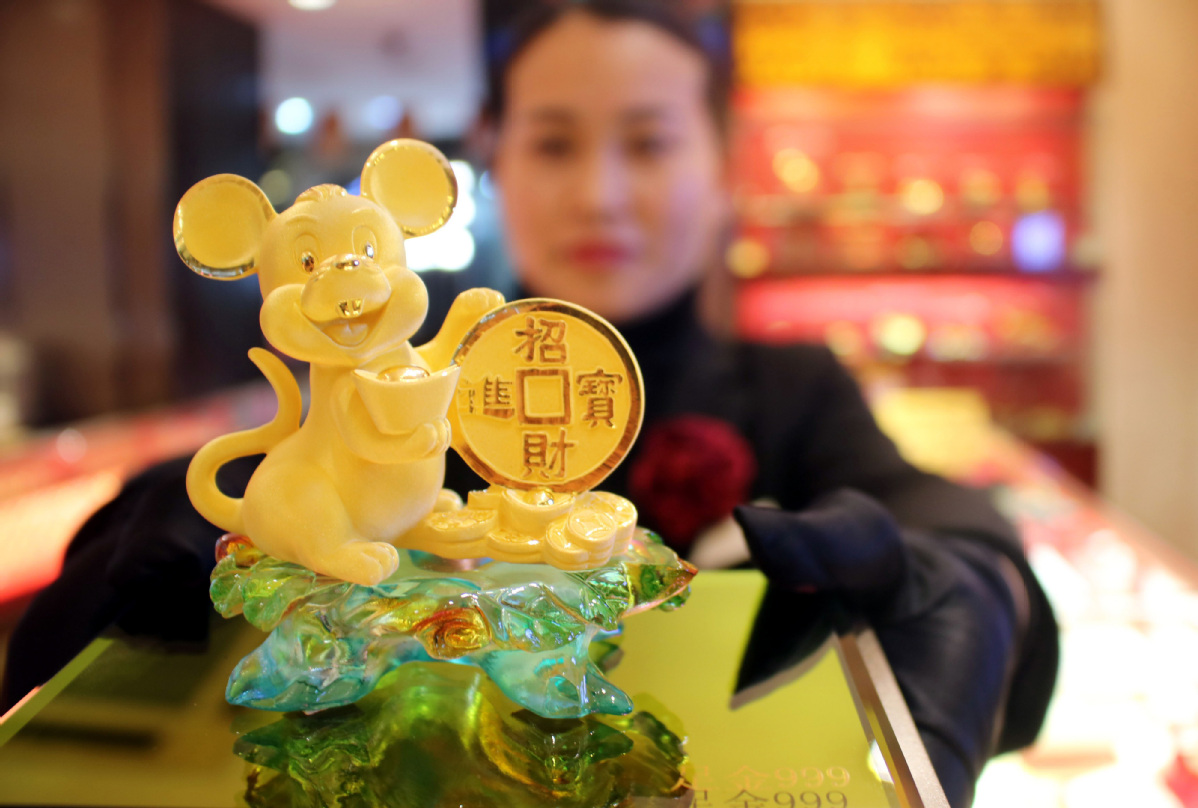 Data from the World Gold Council showed that assets under management in Chinese gold-backed ETFs totaled 16.9 billion yuan ($2.4 billion) by the end of the third quarter of this year, a record high. That followed China's approval for its first gold-backed ETFs in six years in August.

Wang said nearly half of investors who bought WGC-launched gold ETF products were individual investors, with the rest being institutional investors.

"Gold remains a safe haven amid global economic uncertainties, and it is emerging as an investment with possible higher returns as central banks are cutting interest rates," said Huo Songling, secretary to the executive board of leading China National Gold Group Co Ltd.

Compared with physical gold and futures, gold-backed ETFs also have lower transaction costs. This is another reason why they are popular among investors, according to media reports.

In contrast to the rising demand for gold ETFs among Chinese investors, gold bars and coins, which are also an important source of gold investment, saw a 51-percent year-on-year drop to 42.8 tons in the third quarter, a three-year low.

Investors have put off buying gold bars and coins due to surging gold prices, the WGC report said, adding many investors are holding off purchases in anticipation of a possible price fall.

According to the WGC report, gold prices continued to rally and reached new multi-year highs. During the third quarter, gold prices rose by 5 percent. On Friday, the price of physical gold hit $1,478 per ounce.

The surge in gold prices was due to ongoing geopolitical tensions, concerns of a slowdown in economic growth, lower interest rates, and the level of negative debt yields, the WGC report said.

In the third quarter, people bought 156.3 tons of gold jewelry, down 12 percent year-on-year.