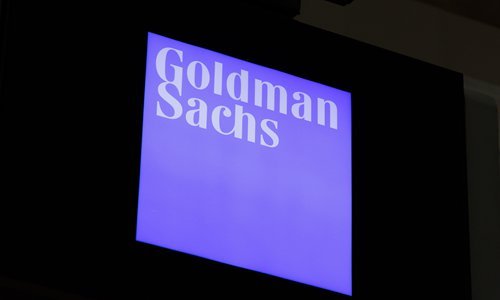 A sign for Goldman Sachs at the New York Stock Exchange (Photo: IC)

Goldman Sachs recently agreed to pay more than $2.9 billion to regulators around the world to resolve probes into its central role in the 1Malaysia Development Berhad (1MDB) debacle, CNBC reported.

The huge penalty which includes a record penalty for violating a US anti-corruption law has reportedly bought Goldman Sachs a three-year deferral of prosecution from the US Justice Department.

The scandal faced by this world-renowned investment bank serves as a warning to all financial institutions around the world.

For starters, the cooperation between banks and governments must have principles and bottom lines, and should be conducted in compliance with laws and regulations. Banks relying on corrupt means such as bribery to cooperate with the government is dangerous. In the end they are bound to face the consequences. The scandal of Goldman Sachs has not only discredited the Wall Street old investment bank, but also cost it a hefty fine.

Secondly, a financial institution must adhere to the principles it claims. In Goldman Sachs' business principles, it promises to be "dedicated to complying fully with the letter and spirit of the laws, rules and ethical principles" that govern the company. But in practice, it did differently.

Goldman Sachs has bent its principles for profit. According to media reports, the investment bank earned $600 million in fees for helping 1MDB raise $6.5 billion to support energy development in Malaysia, which is much higher than the 1-2 percent of normal fees rates for bond issuance.

Thirdly, the internal control of a financial company is the lifeblood of the company, and it must not become just an embellishment. The management, supervision, and punishment should not be done with favoritism. Goldman Sachs has always been proud of having strong and independent internal control mechanism, but its involvement in the Malaysian bribery scheme has totally shamed its finance, risk management and legal teams.

Preventing risks is the eternal theme of the financial industry. In preventing risks, senior leaders of financial institutions must fully understand that 99 percent of risks originate from within the company. In the face of major risky cases, individual financiers' sophistication is just a lame show of evasion.

Goldman Sachs used to be a successful model of financial institutions, a bellweather and a symbol of financial power, but the pain of its corruption scandal is an important warning for the industry.

The author is a senior fellow with the Chongyang Institute for Financial Studies at Renmin University of China and former deputy secretary-general of the China Banking Association. bizopinion@globaltimes.com.cn