BUSINESS Good trade ties vital at state level in US

Good trade ties vital at state level in US 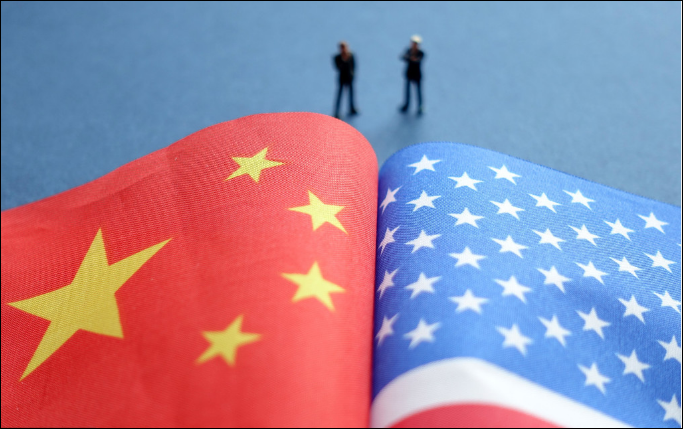 US states continue to value trade relations with China, despite ongoing tensions at the international level, and they hope tensions will be resolved through negotiations.

"I'm very optimistic on the China-US trade relationship," Cyrus Habib, lieutenant governor of Washington, said in an interview with China Daily as he was attending the Fifth China-US Governors Forum in Lexington, Kentucky, last week.

China is the state of Washington's top trading partner, with more than 20 percent of the state's exports going to China, and around 30 percent of its imports came from China in 2018, according to the US Census Bureau.

"It's truly something that touches every part of our state," said Habib. "And that went from the information communication technology sector and manufacturing sector all the way to the agricultural industry and tourism."

One of the most valuable companies in Washington, and the United States, Microsoft, has a long and deep relationship with China that has led to both business benefits and collaborative innovations - like the launch of the Global Innovation Exchange project in 2017 brought together by Microsoft, China's Tsinghua University and the University of Washington, he said.

"There's no question that China is the most significant destination for aerospace," said Habib, as China "has the biggest middle class and it's growing. Along with that comes a tremendous increase in demand for both passenger travel and freight mobility."

Habib also applauded China's interest in Washington's agricultural products such as apples and cherries, and specifically mentioned tourists and students from China.

With the current trade disputes between China and the US, however, Habib is seeing some frustration in his state.

"I'm of course frustrated at the effects of some of the Chinese-imposed tariffs on our exporters - that's a huge problem first for our growers, and companies in our aerospace supply chain, and definitely our fish and seafood - they've been affected by Chinese tariffs," said Habib.

"Because of the tariff discussion going on in Washington DC, a lot of the farm community is being hurt," said Bob Holden, former Missouri governor who co-founded the United States Heartland China Association.

"I think the manufacturing industry feels the same thing is occurring," he added.

Holden is positive about the future of the relationship. "Honestly, both countries need each other," he said.

"We need to be able to sell products in China. The Chinese population is wanting the goods that we can produce here. China also gives us a workforce in some of our industries, which makes them competitive globally," said Holden, who opened Missouri's first trade office in China during his term from 2001 to 2005.

"I think there are advantages and opportunities on both sides if we can get people to sit down and really look at how do we put these pieces together," Holden said.

He listed infrastructure, energy, education and business-to-business relationships as potential areas of cooperation between China and the US, and he suggested such cooperation could start from subnational bilateral exchanges.

"It's so important to be working at the state and local level. Because in that fashion, by building these relationships now, hopefully we get a more stable relationship nationally going forward," said Holden.