BUSINESS Google co-founders step aside as antitrust scrutiny heats up

Google co-founders step aside as antitrust scrutiny heats up 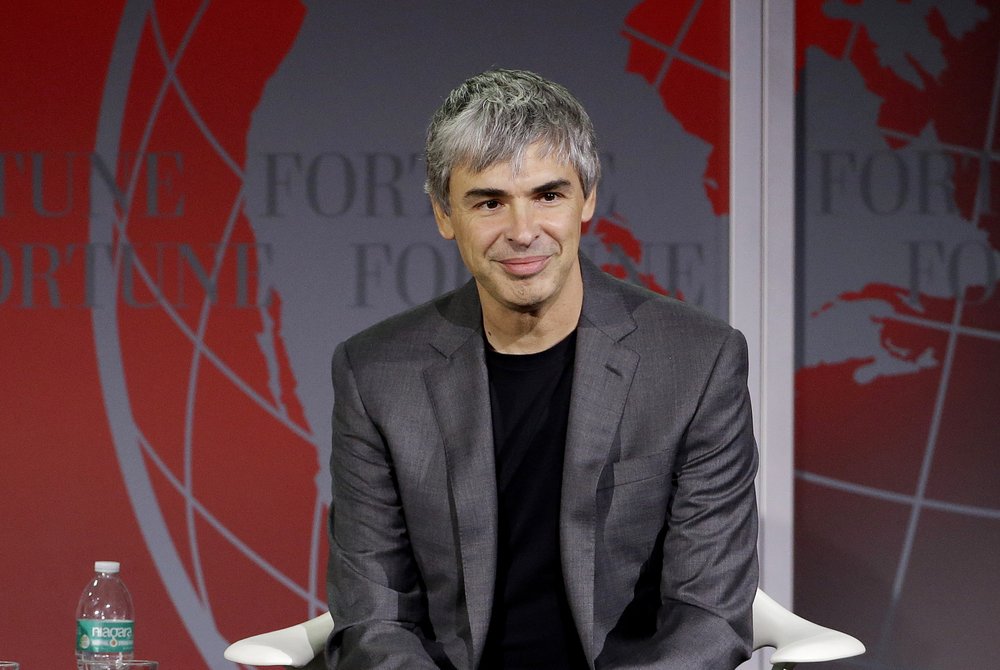 Google’s co-founders are relinquishing their executive positions just as state and federal regulators, not to mention the Department of Justice and Congress, are taking a keen interest in possible abuse of its privacy practices and market power.

But their long foreshadowed successor, Sundar Pichai, has been well prepped to serve as the public face of the company in addition to his current role as chief executive.

Larry Page and Sergey Brin are stepping down as CEO and president, respectively, of Google parent company Alphabet. The move caps more than two decades during which the pair have shepherded the one-time startup they founded in a Silicon Valley garage.

Pichai, who has been Google’s CEO since 2015, will now also head up Alphabet. The company isn’t filling Brin’s position as president.

Google is facing increasing criticism and investigations from authorities in the US and Europe about its privacy policies and nature of its many-legged business. That will now fall to Pichai to wrangle and push through — though Brin and Page, both 46, have noticeably backed out of the spotlight already.

Both stopped making appearances earlier this year at the regular question-and-answer sessions with employees, and Page didn’t attend this summer’s Alphabet shareholders meeting even though he was still in the CEO role.

Last year, Google raised hackles in Congress by refusing to send Page or Pichai to a hearing on Russian manipulation of internet services to sway US elections. Congressional officials left an empty chair for Page at the witness table; top executives from Facebook and Twitter, meanwhile, turned up to testify. Offended lawmakers derided Google as “arrogant.”

Although longtime tech analyst Tim Bajarin of Creative Strategies said he doesn’t believe Brin and Page are leaving “because the fire is getting hotter,” he said Pichai’s role at Google has been preparing him for the increased government scrutiny.

Pichai testified before Congress last December for the first time, defending the company against claims from Republicans that the search service is biased against conservatives.

Alphabet has been positioning Pichai as the de facto leader for quite some time. It has also made him the top executive voice at shareholders meetings and on the earnings calls. Recently, Pichai changed the format of the employee question-and-answer sessions from a weekly occurrence to a monthly one.

Pichai, a 47-year-old immigrant from India, has worked at the company for 15 years, serving as a leader in projects to build Google’s Chrome browser and overseeing Android. Pichai, who has an engineering background, took over as the head of Google’s products before being promoted to CEO when Alphabet was created. He is known as a soft-spoken and respected manager.

Google has been facing pressure from privacy advocates over its collection and use of personal information to target advertising. It also faces allegations that it abuses its dominance in search and online advertising to push out rivals.

The company is the subject of antitrust inquiries from Congress, the Department of Justice, a group of US state attorneys general and European authorities. The company has also faced harsh criticism about the material on its services. Its video streaming business, YouTube, was fined $170 million to settle allegations it improperly collected personal data on children without their parents’ consent.

In its early days, Google focused on only one business — cataloging the growing internet. Page and Brin started Google soon after they met as Stanford University graduate students in 1995.

The company has now become one of the most influential companies in the world. Google dominates online search and digital advertising and makes the world’s most widely used operating system for smartphones, Android. It’s hard to make it through a whole day without using one of Google’s services — ranging from online tools to email, cloud computing systems, phones and smart speaker hardware.

Bajarin doesn’t expect much to change with the executive shuffle. And if anything does, he said, it will be due to government regulation.

Pichai assured employees in an internal email that his new job wouldn’t mean he was taking a step back from Google.

“I want to be clear that this transition won’t affect the Alphabet structure or the work we do day to day,” he wrote. “I will continue to be very focused on Google and the deep work we’re doing to push the boundaries of computing and build a more helpful Google for everyone.”

Alphabet — an umbrella corporation that the two created in 2015 — still boasts Google as its central fixture and key moneymaker. But it’s also made up of what are known as “other bets,” or longshot projects. That includes drone company Wing and self-driving car firm Waymo.

Page and Brin, in announcing the news Tuesday, said the company has “evolved and matured” in the two decades since its founding. Both promised to stay active as board members and shareholders.

Brin and Page still hold a majority of voting shares of Alphabet. According to a regulatory filing in April, Page holds 26.1% of the Google shareholder vote, while Brin holds 25.2% - both thanks to so-called “super voting” shares.

According to Forbes magazine, Page has a net worth of $52.4 billion and Brin $56.8 billion.

“Keep in mind, they are not losing their title as billionaires, but they are changing their roles,” Bajarin said.

Google’s longest serving CEO is still Eric Schmidt, the former executive brought into the role in 2001 as a so-called “adult supervisor” for Brin and Page. Schmidt stepped into the position as the company’s board worried about the relative inexperience of Brin and Page to manage the growing company. He remained CEO until 2011 when Page once again became chief executive. Schmidt stayed on the board until this year.

Page grew up in Michigan, where his late father, Carl, was a computer scientist and pioneer in artificial intelligence, and his mother taught computer programming. Page began working on personal computers when he was just 6 years old in 1979 when home computers were a rarity. The geeky impulses carried into his adulthood, leading him to once build an inkjet printer out of Legos.