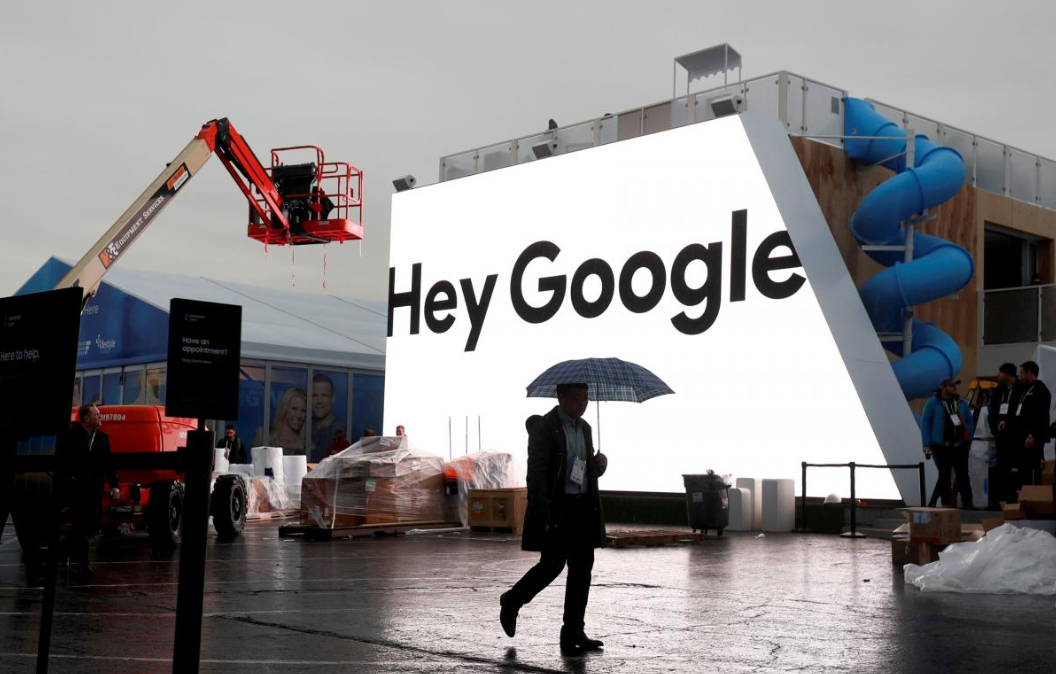 A man walks through light rain in front of the Hey Google booth under construction at the Las Vegas Convention Center in preparation for the 2018 CES in Las Vegas, Nevada, US January 8, 2018 (Photo: Reuters)

Alphabet Inc’s Google (GOOGL.O) on Monday launched a spinoff of its Android operating system for home appliances and other machines, following mixed results with Android offshoots for cars, smartwatches and televisions.

‘Android Things’, which arrives as Google opens its annual conference for developers, could bring its Google Assistant virtual helper to refrigerators and robots and familiar designs to cash registers and vending machines.

“The goal is to enable them to be built faster, cheaper and more secure,” said Venkat Rapaka, a product management director at Google.

Android derivatives aim to provide users with a consistent interface across devices, while Google and its business partners benefit from a standard way to distribute their applications.

Though Google does not charge hardware manufacturers for Android, it expects to generate a return as consumers use new gadgets to use search, watch videos on YouTube and buy content from its Play Store.

The Android operating system powers many of the world’s smartphones and drives consumers to Google’s cash-minting apps.

But Google has struggled to extend Android’s dominance into other areas over the last four years, technology and financial analysts said.

“If you’re charitable, you say it’s early,” said Richard Kramer of Arete Research. “If you’re not, you say Android is irrelevant outside phones.”

Android Automotive is not yet deeply embedded in any cars. Shipments of smartwatches with Google’s Wear OS were outnumbered five-to-one by rival Apple Inc (AAPL.O) devices last year, according to research firm IDC. Four times as many smart TV shipments last year had Samsung’s (005930.KS) operating system as Android TV, according to IHS Markit.

In each category, Google’s Android system posted less market share last year than manufacturer-customized Android variants, which are less fruitful for Google because they typically are not pre-loaded or compatible with its apps.

Android variants thrive in China, where Google does not operate.

Google also has been slowed by resistance from carmakers to hand over a key interface, smartwatches from consumer electronics brands that failed to attract mass appeal and TV software that manufacturers found too rigid, analysts said.