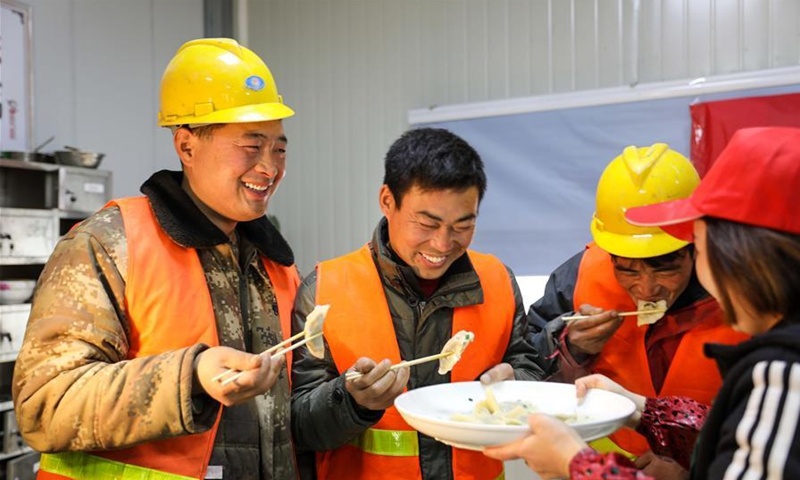 To prevent the spread of COVID-19, seven ministries in China jointly issued an announcement on a series of activities between January 20 and the end of March to encourage migrant workers to stay in their working cities during the upcoming Spring Festival holiday.

During this period, localities will organize various service activities. The ministries will encourage enterprises to give subsidies to workers who choose to stay and to arrange entertainment activities. Local authorities are also required to strengthen the supply of public services, such as health care and public security.

Companies are also encouraged to be flexible with their operating schedules during the festival, and to reallocate labor between the companies which are in short staff and those that do not run to full capacity during the holiday.

In addition, local governments will also provide help for migrant workers who return to their home cities and need jobs after the vacation. The poor and rural low-income population will be prioritized.

China's National Health Commission previously suggested that people stay in their working city during the Spring Festival period and try to buy goods online to avoid the spread of the virus in winter. Many cities, including Beijing and Shanghai, have released similar announcements.