China's top economic planning agency Tuesday dismissed concerns over the supply chain relocation away from the country, dubbed the world's factory, saying the scale of the manufacturing sector relocation out of China is limited and its impact under control. 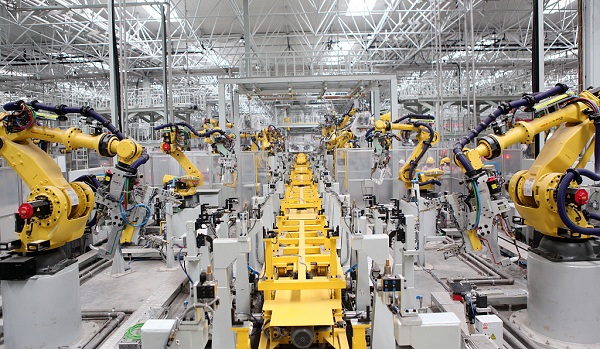 The statement came days after the Ministry of Commerce (MOFCOM) announced on July 11 that there were no large-scale withdrawals of foreign investment from China.

The two official clarifications, issued by two ministries in close conjunction and covering foreign-invested and domestic firms, gave an authoritative footnote on something that is difficult for ordinary people to get a clear picture of.

In the past two years, there has been a rising chorus in the Western media on how outbound industrial relocation added woes to the Chinese economy - already facing downward pressure from its restructuring and industrial upgrade.

Some individual cases of foreign companies shutting down plants in China seemed to have supported that supposition.

US President Donald Trump tweeted Monday that tariffs placed by his administration are "having a major effect on companies wanting to leave China" for non-tariff countries.

"Thousands of companies are leaving," Trump tweeted, linking the trend with the ongoing trade negotiations between the two countries.

"In the past two years, some companies that moved their production facilities abroad have moved back, because they find the place they moved to does not fit their business," said National Development and Reform Commission (NDRC) spokesperson Meng Wei at a regular press conference on Tuesday.

"From what we know, many shoemakers from manufacturing hub Dongguan in South China's Guangdong Province that had moved out of China have closed down their plants in Southeast Asia countries and moved back," she said. 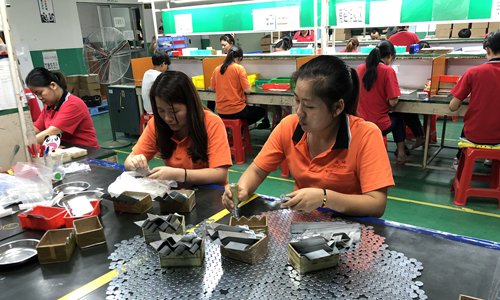 "Companies are moving out of China for a number of reasons ranging from cost sensitiveness to the need to be near their target market, but only a very few companies did this to evade US tariffs on China," Meng said.

"But let's be clear about one thing - moving out is no easy job," Meng said, noting that the scale of the manufacturing exodus is limited and its impact on China's growth, industrial upgrade and job market was "controllable."

A production line manager at a Dongguan-based electronics device company surnamed Wu told Global Times that his company moved two headset production lines to Cambodia in 2016, only to have them move back after just two years.

"The country's undeveloped port infrastructure, transport and logistics and, most importantly, cultural differences, prompted the decision. Local workers are not as dedicated as the Chinese," said Wu.

Gaobu used to have a cluster of factories that produce shoes for international brands like Nike and Adidas.

"Some have retreated from Southeast Asian countries like Vietnam. Every company has different problems in funds, partnership or operations. But the major common reason is that local labor requirements for welfare are rising so fast that it is beyond their expectations," said Wang. "Newly emerged policies on areas such as environmental protection and foreign investment management are adding restrictions to Chinese companies."

Another key reason was that companies cannot leave China without compromising the quality standards of their products, said Wang. "The quality Dongguan accumulated in 30 years cannot be matched by new overseas venues which just have a few years of development."

Since Trump became as president, one of his key agendas has been pushing American firms to return to the US and build manufacturing facilities.

To this end, the Trump administration designated July 15 as Made in America Day and this week Made in America Week. However, media reports have shown that bringing factories back to the US is no easy job and the US is feeling daunting challenges when it comes to supply chain relocation.

In 2018, US-based motorcycle maker Harley-Davidson Inc, which showcased their products at the White House at the invitation of Trump, it would move some production capacity out of the US to Europe to avoid the impact of Trump's tariff war.

In June Harley-Davidson even inked a deal with China's Qianjiang Motorcycle Company to tap the Chinese market.

Electric car maker Tesla also set up its first overseas gigafactory in Shanghai in 2019, and the plant construction moved at an exceedingly fast pace with reported trial production set for September.

Trump's tariffs slapped on Chinese imports haven't sparked the widespread return of manufacturers to the US he envisioned, USA Today reported on Friday.

Citing a survey by the American Chamber of Commerce in China, fewer than 6 percent of American companies are considering moving their factories from China to the US because of the trade war, the report said.