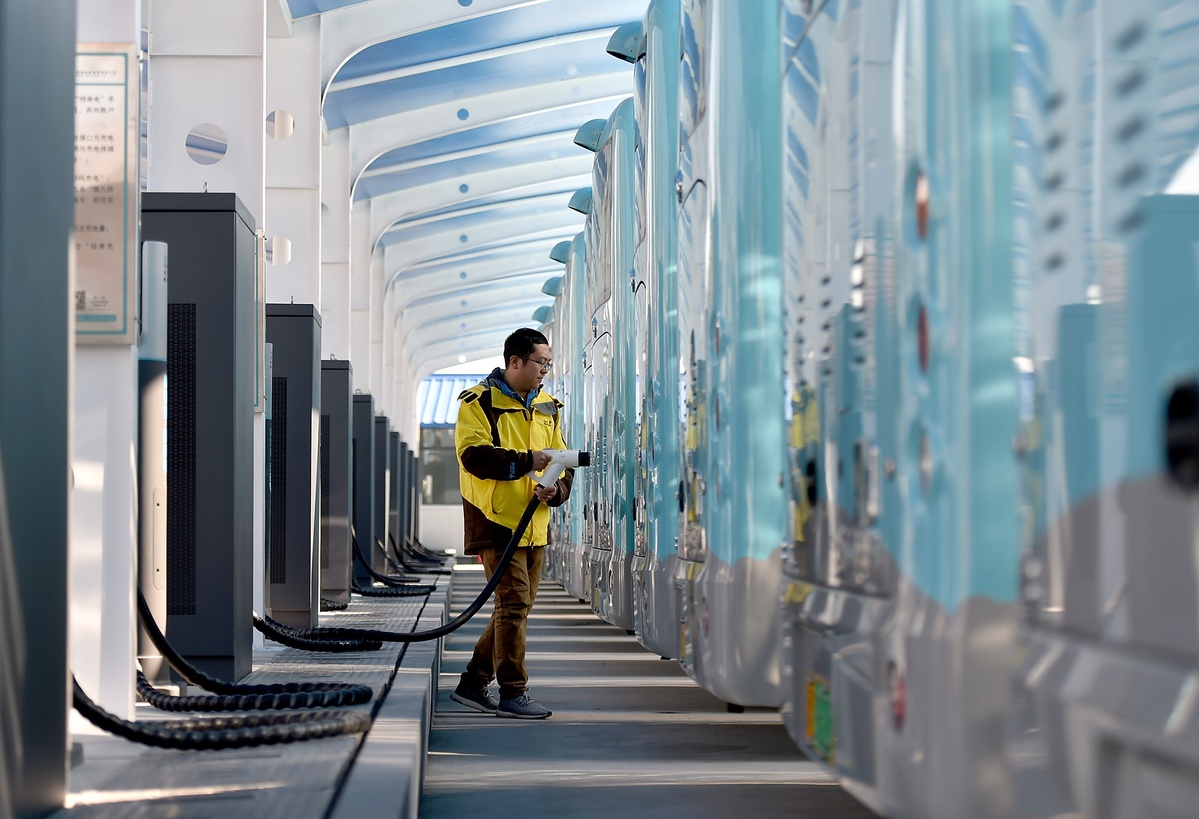 An employee charges electric-powered coaches at a transportation hub in Baodi district of Tianjin. [Photo/Xinhua]

China is stepping up its efforts to strengthen the process of recalling new energy vehicles, according to State Administration for Market Regulation.

The carmakers are also required to keep the vehicle as it was so that the authorities are able to better investigate and analyze the cause of the incident.

The manufacturers should inspect whether the same type, the same batch or the vehicles using the same components pose any fire hazards and recall the defective vehicles as soon as possible.

The administration will conduct in-depth investigation and analyze new energy vehicle fire accidents, as well as detect risk assessment based on the accident reports submitted by the carmakers. If needed, it will also issue a risk warning to consumers.

If the producer fails to report the accidents to the administration in a timely manner, they will be penalized based on the relevant laws and regulations.