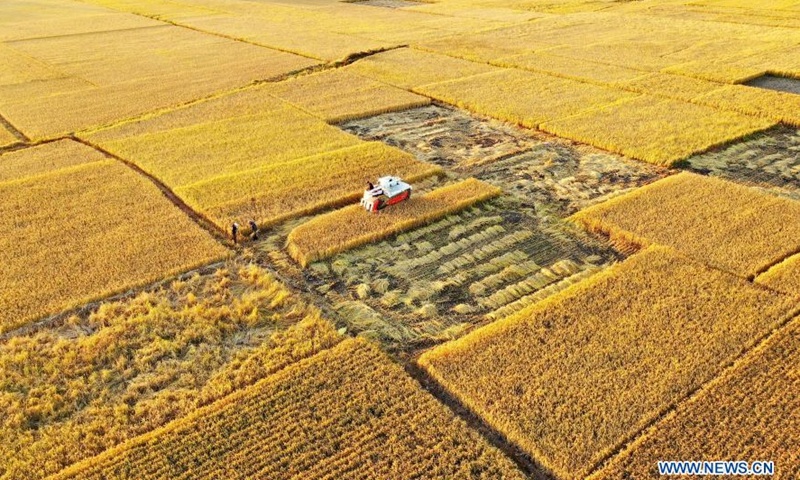 As global food prices surge, Russia is reportedly considering tighter export controls on major food products. However, an expert said that this is unlikely to affect China too much, as the country has reached basic self-sufficiency in staple food.

Maxim Reshetnikov, minister of economic development, said that Russia is continuing to monitor and adopt export measures, including a floating tariff of "flexible export duties" on additional goods, as prices continue to rise, the Financial Times reported.

The Food and Agriculture Organization of the UN disclosed on Thursday that its Food Price Index, which tracks monthly changes in the international prices of commonly traded food commodities, posted rapid month-on-month growth in May.

The index reached its highest level since September 2011 and stood at only 7.6 percent below its all-time peak.

Soaring international prices will mainly affect imports of feed crops such as corn and sorghum, as the country's need for international supplies jumped over the past one or two years with the recovery of live hog production, Jiao Shanwei, editor-in-chief of cngrain.com, a website specializing in grain news, told the Global Times on Tuesday.

He said that the country's supply of staple food will hardly be affected, as China has basically achieved self-sufficiency in food production.

According to the National Food and Strategic Reserves Administration, the domestic average purchase price of wheat rose 0.6 percent on a weekly basis during the May 24 week, while that of corn was up 0.2 percent. The price of mid-season and late indica rice posted a 0.2-percent drop.

Experts said that the country has the capacity to maintain a stable and sufficient domestic grain market, as annual grain output has surpassed 650 billion kilograms for six consecutive years and the country's grain storage remains at a high level.

Recently, Chinese authorities announced a spate of measures to ramp up support for grain production in 2021, demonstrating the central government's resolve to ensure food supply.

According to a notice released by the Ministry of Agriculture and Rural Affairs on Friday, China's target for high-standard crop land has increased by 20 million mu (1.33 million hectares) from last year. The subsidy for high-end and smart agricultural machinery, as well as devices urgently needed to address weak links of grain production and special agriculture in the mountains, will be raised from 30 to 35 percent.

Apart from promoting grain production capacity by improving cropland quality and agricultural technology, especially for seeds, the activity of local governments and farmers should be enhanced through long-term policies such as providing agricultural subsidies and supporting local governments in the construction of industrial parks, said Li Guoxiang, a research fellow at the Chinese Academy of Social Sciences.