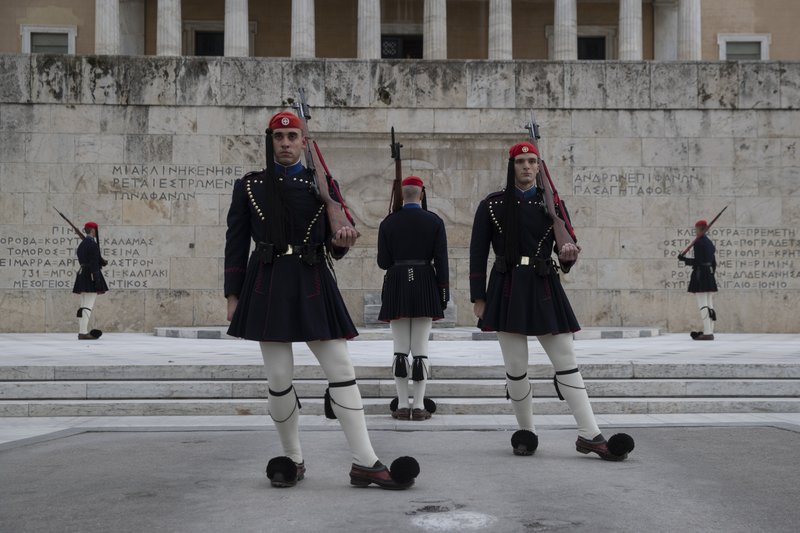 Members of the Presidential Guard perform during the changing of the guard's ceremony at the tomb of the unknown soldier in central Athens, on Tuesday, Jan. 21, 2020. (Photo: AP)

Greece says it plans to issue a 15-year bond, tapping international markets for financing after the country’s sovereign credit rating was upgraded.

The Public Debt Management Agency, in a statement on Monday named five banks that would be involved in the auction, which is expected as soon as Tuesday.

Greece ended its third successive international bailout program in 2018 and is seeking a full return to markets, as well as to exploit historically low interest rates to try and improve its long-term debt profile.

The national debt is expected to gradually decline relative to the gross domestic product after peaking at a little over 180% of GDP in 2018.

The yield on Greece’s 10-year bond fell below 2% last August and is currently around 1.16%.