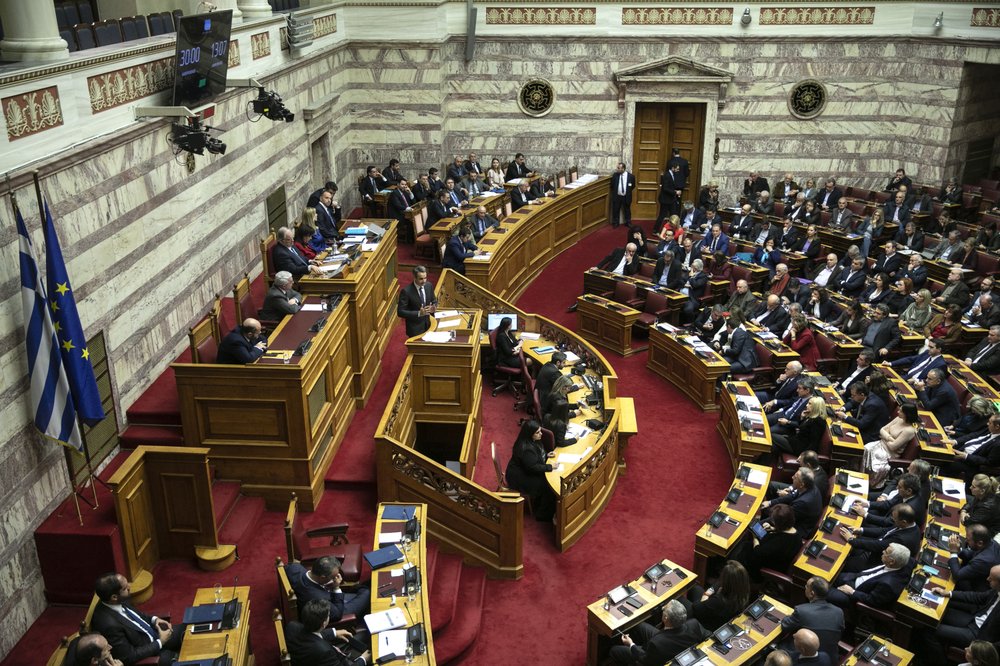 Greece has raised 487.5 million euros ($544.4 million) in a treasury bill sale that saw the country maintain its negative interest rate in the first debt auction of the year as the debt-strapped country attempts to regain full market access.

The Public Debt Management Agency said the 13-week T-bills were auctioned Wednesday at a yield of -0.08%.

Greece’s six-month-old conservative government is hoping to steadily rebuild market access after the country ended its third successive bailout a program in August 2018, emerging from a severe financial crisis during which its membership in the euro currency area came under repeated threat.

The government is betting on favorable market conditions to try and convince European bailout creditors to ease draconian fiscal targets.

Greece is committed to achieving a primary budget surplus — the annual balance before debt servicing costs — of 3.5% of gross domestic product through 2022. But it wants to introduce more lenient targets a year earlier. Athens is also planning to pay back additional higher-interest loans to the International Monetary Fund ahead of schedule in 2020 to take advantage of the record low-interest rates in bond markets.

In Washington on Tuesday, Prime Minister Kyriakos Mitsotakis met with the new head of the IMF, Kristalina Georgieva. A Greek official on the visit said that the early repayment plan was discussed at the talks. The official asked not to be named pending official announcements.

Greece concluded its first early repayment to the IMF in November, while negative interest rates at a debt auction were achieved for the first time the previous month.

A full return to the market has been hindered by the country’s weak credit rating which has remained below investment grade for nearly a decade.

The major rating agencies are all scheduled to review Greece’s sovereign status later this year, starting in late January.

The Mitsotakis government has promised to return Greek bonds to investment-grade status — requiring an improvement of at least three notches in most cases — in 2021.