BUSINESS Greek banks must do more to cut non-performing loans

Greek banks must do more to cut non-performing loans 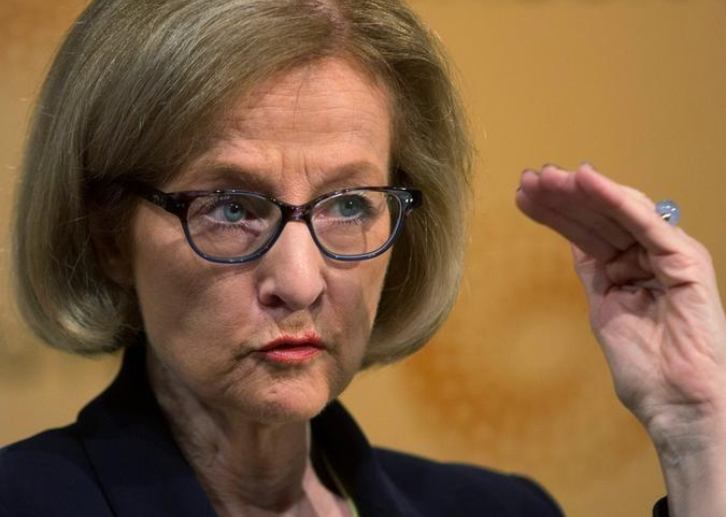 Greek banks need to do more to reduce their very high stock of non-performing loans (NPLs), the European Central Bank’s chief supervisor Daniele Nouy was reported as saying in an interview published by To Vima newspaper on Saturday.

Non-performing exposures (NPEs), which comprise NPLs - past credit due for more than 90 days - and restructured loans likely to turn sour, are the biggest challenge facing the banking sector in the country which is set to exit its third international bailout in August.

Nouy said that dealing with NPLs in a sustainable way “is still very much a work in progress” and “a top priority”.

“Greek banks must do more and do it faster,” she said, adding that lenders have good profitability capacities, which are, however, canceled out by the need to provision for NPLs.

“That is why the top priority for Greek banks is to significantly reduce the production of new NPLs, by improving their credit underwriting criteria, and to clean up their balance sheets.”

Banks have agreed with European Central Bank regulators to shrink NPEs by about 40 percent by end-2019. Cutting them would free up more capital to fund productive sectors of the economy, which is slowly recovering.

“If such an improvement is achieved by 2019, then banks will be better able to dedicate their resources ... to their traditional business,” Nouy said.

Greece has passed new laws to facilitate the workout of NPLs but needs to speed up electronic auctions of foreclosed properties, a key term of its 86-billion euro bailout, she said.

“Passing laws is just the first step; they also need to be implemented and applied. And here, it seems that things could move faster. For example, an effective and efficient implementation of e-auctions is essential,” she said.

The ECB is due to publish the results of a stress test of Greece’s four largest banks in May.

Nouy said that the outcome will be known before the end of the bailout program “so that any follow-up action, if needed, can be taken in good time.”

“This EBA stress test is not a pass or fail exercise,” she said, adding that the need for a recapitalization will be decided on a case-by-case basis by the ECB’s Supervisory Board.