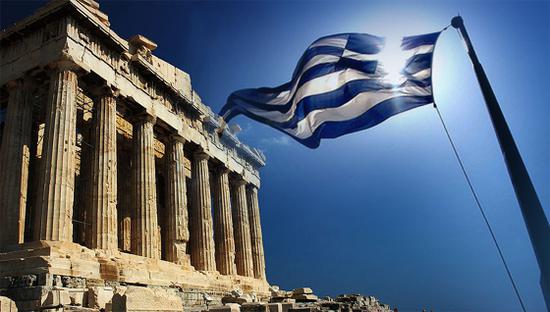 An increasing number of Greek enterprises is embracing innovation in order to survive and become profitable in a difficult economic environment.

Four out of seven businesses (57.7 percent) have introduced some form of innovation in their operation or offerings in the 2014-2016 period, according to data compiled by the National Documentation Center and the Hellenic Statistical Authority (ELSTAT).

That rate is 6.7 percentage points higher than the 51 percent rate in 2012-2014, according to the data released this June.

Almost half of Greek start-ups (47.1 percent) were innovative in their products and procedures in 2014-2016, a rise of 8.4 percentage points from the previous period, according to ELSTAT.

The main vehicle for business innovation to become sustainable in the crisis-driven country is the worldwide web, local entrepreneurs told Xinhua in recent interviews.

"The Internet has opened new ways for the expression of entrepreneurship, as it only takes a good idea and some personal effort, with hardly any capital, to set up a company that reaps profits on its innovation," said Nikos Fokianos, who in 2016 set up Boobam in Athens to produce and sell and environment-friendly toothbrushes and ear picks.

Boobam, a family company, is the first in Greece to offer personalized bamboo toothbrushes, that are 100 percent recyclable as they are entirely made out of bamboo, imported from China. The same applies to the ear picks as well as its upcoming toothpaste products.

"We looked around in our home and realized there is too much plastic in there. We therefore said we should give it a go and chose bamboo as raw material," explained Ilianna Kosta, the company's product designer -- and Fokianos's wife.

"After using it up for three months, you stick your Boobambrush in a flower pot and it will slowly biodegrade fully. The children love it," added Kosta.

Their product has also been adopted by the local WWF branch, which only found out about it through the Internet.

Such novel ideas have kept entrepreneurship afloat in an economy trying to find its feet after eight years of crisis and austerity.

The high rate of unemployment in Greece, at 21.2 percent in the first quarter of 2018 according to ELSTAT data, has brought the entrepreneurship of necessity to over 41 percent of all new businesses in Greece according to the latest report by the country's Foundation for Economic and Industrial Research (IOBE). This compared to an average rate of 22 percent at the country's European peers.

The entrepreneurship of opportunity, on the other hand, comes to just 36 percent, against 55.8 percent in Europe, IOBE figures have shown. Enditem