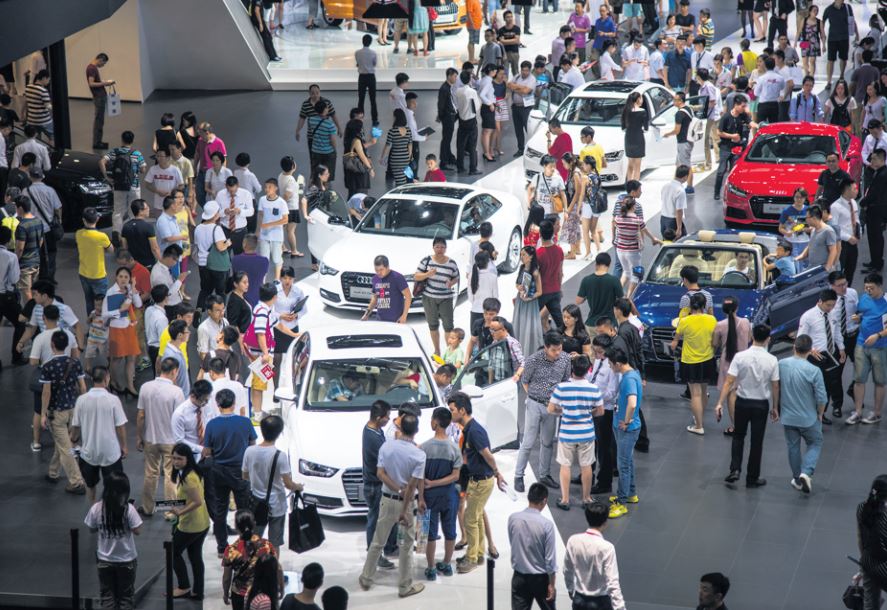 A large number of people visit the Shenzhen auto show in 2015, one year after the city puts in place its restrictions on license plates. (Photos provided to China Daily)

Regulations relaxed in Guangzhou, Shenzhen as experts call for other cities to take action

Guangdong province in South China is to relax its restrictions on purchasing vehicles in the cities of Guangzhou and Shenzhen to boost car sales and industry insiders are calling for other cities with similar rules to follow suit.

The two cities in Guangdong are advised to give a larger quota of license plates in order to stimulate sales, the Economic Observer newspaper reported last week, although the Guangdong government has not released a schedule.

Guangzhou started its vehicle purchase restriction policy in 2012, releasing 120,000 license plates every year, and people living in the city must win their licenses through a lottery or auctions.

The Guangdong government said other cities in the province should not put restrictions on car purchases.

"Loosening restrictions on buying vehicles in Guangzhou and Shenzhen is meaningful in terms of boosting sales," said Cui Dongshu, secretary-general of the China Passenger Car Association said via his WeChat account.

Cui said Guangdong's plan was a response to a national policy promoting consumption, making adjustments for unreasonable policies that are restraining demand.

For years first-tier cities have had restrictions in place for buying cars to reduce traffic congestion and encourage residents to use other methods of transport.

Drivers in cities such as Beijing, Shanghai, Shenzhen, Guangzhou and Tianjin have to apply for the license plates.

In Shanghai, a limited supply of license plates are auctioned to the highest bidder, with the average price being 90,000 yuan ($13,041).

Industry insiders have long said that vehicle restriction policies ease urban traffic pressure to a certain extent, but they have two negative effects that cannot be ignored. 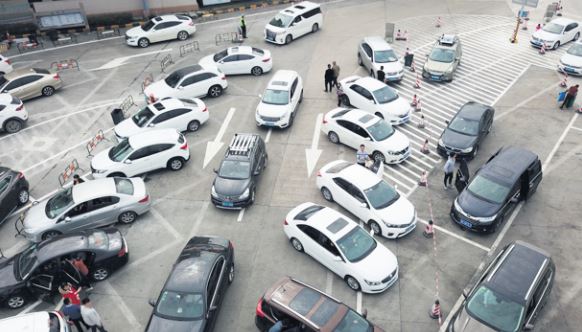 An expressway service area in Guangzhou is packed with cars on January 26, 2019.

One is customers in first-tier cities who have the ability and willingness to buy cars are limited by the policy, and the other is that the restrictions are hurting sales.

In an interview with the Economic Daily newspaper, Ye Shengji, deputy secretary-general of the China Association of Automobile Manufacturers, said Guangdong's move is good news for the industry, and it will drive consumption.

He said other cities that have vehicle purchase restrictions should adjust relevant policies to encourage customers to buy cars.

Car sales in China had fallen for 10 months in a row by April, according to the CAAM, but automobile sales are one of the main consumption forces in China, accounting for more than 10 percent of total retail sales in 2018, reaching 3.89 trillion yuan.

In the first four months this year, sales of passenger cars and commercial vehicles totaled 8.35 million, declining 12.1 percent compared with the same period in 2018.

The CAAM said the situation is unlikely to get better soon in the world's largest automotive market.

In addition to relaxing vehicle purchase restrictions, Guangdong is coming up with measures to boost car sales in other ways.

According to the Economic Observer newspaper, local authorities in Guangdong will strengthen the industry oversight on vehicle sales, maintenance and parts and set up a transparent system for industry pricing.

The province is also aiming to improve the used vehicle market by simplifying related procedures and promoting the digitization of documents.

For instance, used cars with national V emissions standards will have the ownership transfer period shortened to ease pressure on used car dealers.